How to Measure Trading Price Volatility 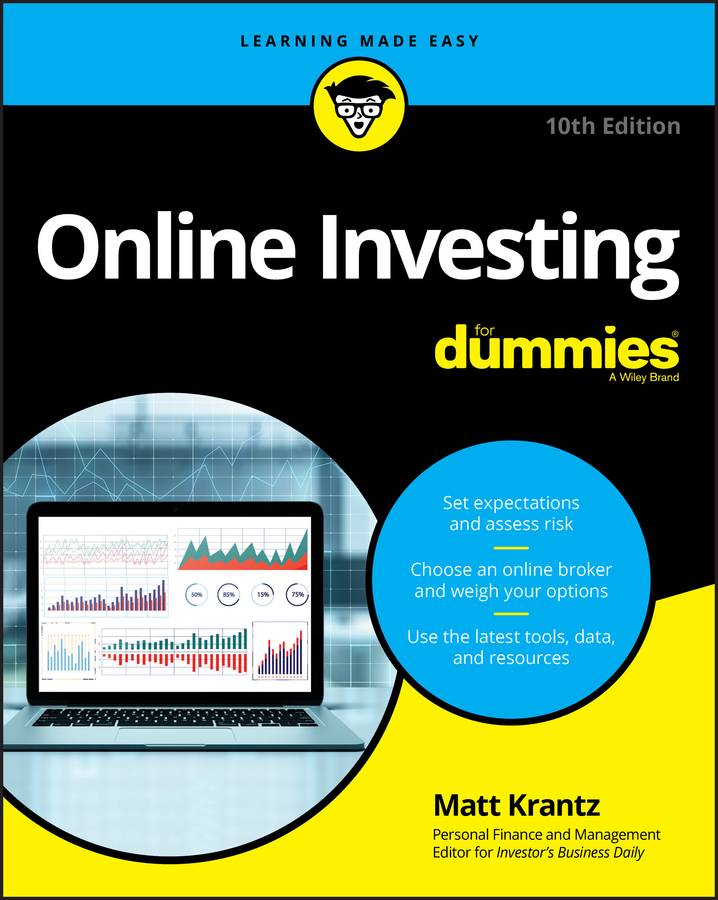 Volatility is the degree of variation of a trading price series over time. You can measure volatility in plain or fancy ways. In financial analysis, volatility usually means one thing — the standard deviation. Technical analysis also includes other useful measures of volatility.

One way to measure volatility is to capture the largest price change over x number of days — the maximum move, also called gross move. You subtract the lowest low from the highest high over 10 days or 100 days or some other number of days. You use the resulting maximum move to set a profit target (maximum favorable excursion) or worst-case stop loss (maximum adverse excursion).

In this figure, the top window shows the highest high in a rolling 30-day period minus the lowest low in the same 30-day period — the maximum move: 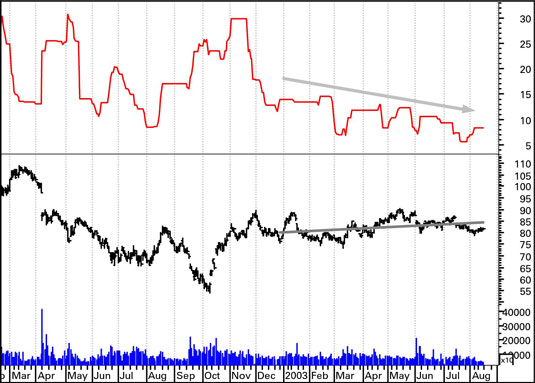 In this figure, the ATR indicator in the top window starts falling after the one-day big-bar rise that marks the beginning of the support line. You don’t know whether you can draw the support line until afterwards, but you can see the ATR indicator failing to match that spiky high and continue to fall. The price is rising, but the indicator is falling. And, as usual, a divergence between indicator and price is a warning sign. Sure enough, right after the highest high, you get a series of lower highs and can draw a resistance line. Pretty soon the price breaks under support. 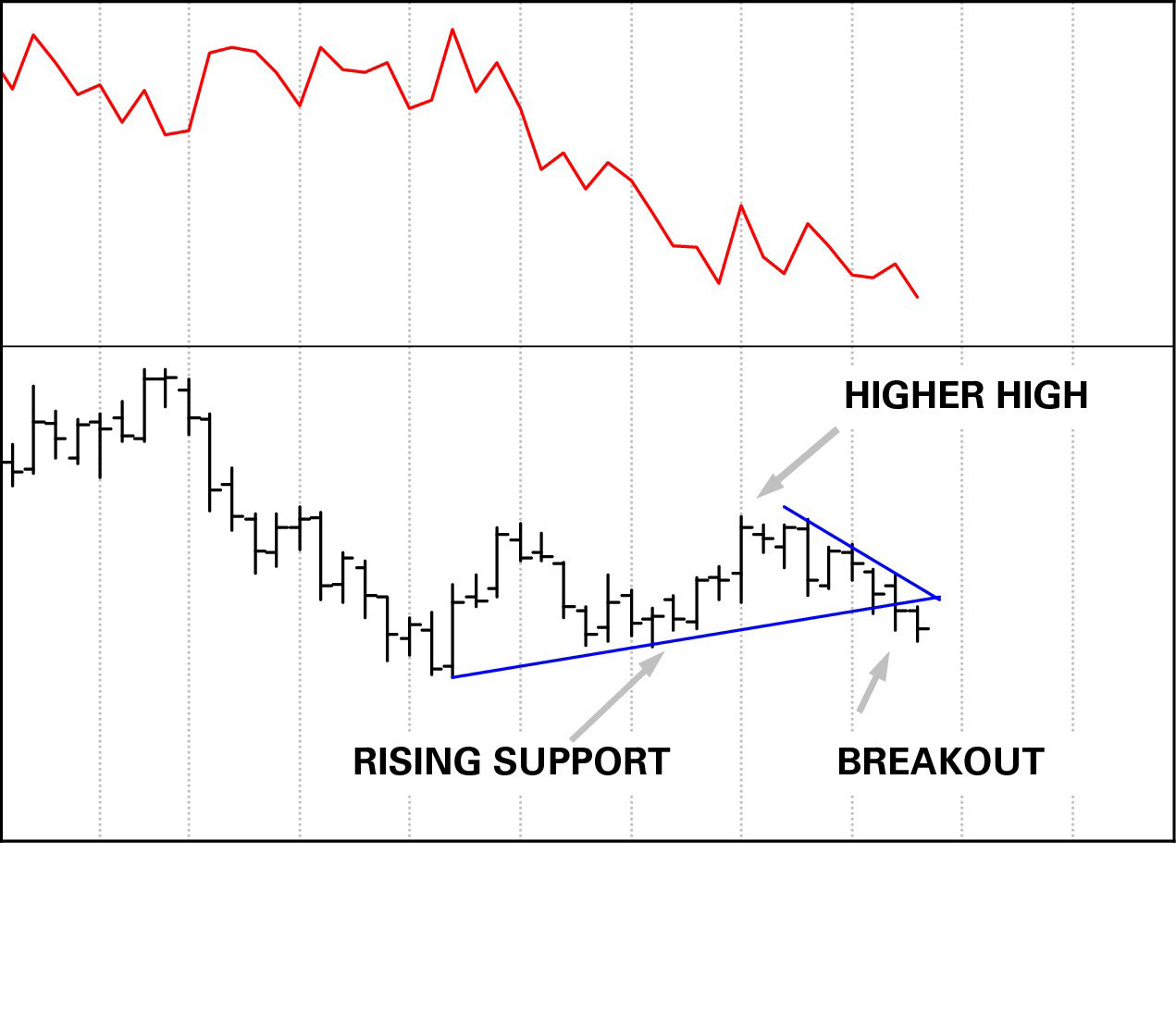