What Is a Fixed Deferred Annuity? 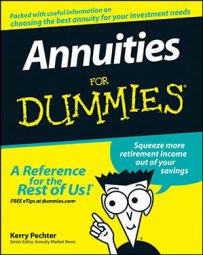 Explore Book Buy On Amazon
A fixed deferred annuity is the insurance industry’s version of a savings account. The annuity helps you earn a modest rate of interest safely, and allows you to postpone the payment of income taxes on your earnings for as long as you want.

When you buy a fixed deferred annuity, you’re indirectly lending money — without taking the risk that the borrower won’t pay you back. The process is fairly simple. In most cases, you hand a check to an agent, who sends it on to an insurance company. The insurer promises that your money will earn a certain rate of interest for at least the first year.

When it receives your money, the insurance company adds it to its general account (where it pools most of its incoming premiums). It invests that money as it sees fit — usually in safe government securities or high-quality corporate bonds that pay a slightly higher rate of interest than the insurance company pays you.

The difference between the rate the carrier earns and what it pays you is known as the spread. The wider the spread, the more money the carrier makes. If one of the carrier’s creditors defaults on its bonds, that’s the carrier’s problem, not yours. The carrier has to pay you back. It gave you a guarantee.

The carrier pays you compound interest on your premium, which means that

It’s a snowball effect that’s often described as the magic of compound interest. At the end of the term (for example, one, three, five, seven, or ten years), you take your money out.