How to Choose a Financially Stable Insurer 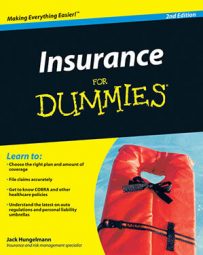 An important part of managing your personal finances is choosing a financially stable insurer. In addition to the price of the policy and the insurer’s reputation and track record for paying claims, an insurer’s financial health is important to consider when choosing a company. If you faithfully pay your premium dollars year after year, you’re going to be upset if the insurer goes bankrupt right before you have a major claim.

Insurance companies can fail just like any other company, and dozens do in a typical year. A number of organizations evaluate and rate, with some sort of letter grade, the financial viability and stability of insurance companies. The major rating agencies include A. M. Best, Fitch, Moody’s, Standard & Poor’s, and Weiss.

The rating agencies’ letter-grade system works just the way it does in high school: A is better than B or C. Each company uses a different scale. Some companies have AAA as their highest rating, and then AA, A, BBB, BB, and so on. Others use A+, A, A–, B+, B, B–, and so on.

Just as getting more than one medical opinion is a good idea, getting two or three financial ratings can give you a better sense of the safety of an insurance company. Stick with companies that are in the top two — or, at worst, three — levels on the different rating scales.

Although the financial health of an insurance company is important, it’s not as big a deal as some insurers (usually those with the highest ratings) and agents make it out to be. Just as financially unhealthy banks are taken over and merged into viable ones, sickly insurers usually follow a similar path under the direction of state insurance regulators.

With most insurance company failures, claims still get paid. The people who had money invested in life insurance or annuities with the failed insurer are the ones who usually lose out. Even then, you typically get back 80 to 90 cents on the dollar of your account value with the insurer, but you may have to wait years to get it.