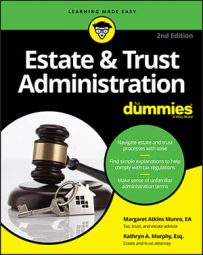 In a simple world, the only assets owned by trusts would be publicly traded stocks, bonds, and cash. But this isn’t a simple world, and many grantors have less traditional sorts of property that they want to transfer into their trusts. One of these assets is often shares the grantor owns in a small business corporation, commonly known as a Subchapter S corporation.

In exchange for a significant tax break over larger C corporations, Subchapter S corporations are governed by rules limiting the number of shareholders (no more than 75), and who, exactly, may own shares. Trusts usually may not own shares, except for grantor trusts, where the grantor declares all trust income on his or her Form 1040.

However, if a trust instrument contains appropriate language and the IRS is notified in a timely manner, trusts may own S corporation shares.

Each shareholder than declares his or her portion of the income on Form 1040. Because trusts, in general, don’t fall under the list of approved shareholders, if a trust wants to become a qualified shareholder, it must be certain to pass all the income out to its income beneficiary. Welcome to the world of Qualified Subchapter S Trusts, or QSSTs.

In order for a trust to be a QSST, it must meet the following conditions:

If only it were as easy as knowing that the trust and the beneficiary are qualified S shareholders. Unfortunately, you have to let the IRS know. Seek advice sooner rather than later from a qualified professional (attorney, CPA or Enrolled Agent) to make sure that the QSST election is filed on time (typically 2 1/2 months after the S corporation’s year-end).

Failure to file these elections jeopardizes not only the trust’s election but also the entire S corporation’s existence as an S corporation. Remember, an S corporation that has even one disqualified shareholder stands to lose its S designation, leaving it liable for double taxation, first on corporation income and then on the dividends paid to the shareholders.

Although QSSTs must have one mandatory income beneficiary who is a U.S. citizen or resident, Electing Small Business Trusts (ESBTs) may have multiple income beneficiaries, and the trust doesn’t have to distribute all income. Instead, in an ESBT, the following apply:

In an ESBT, the trustee (not the beneficiary) makes the election, notifying the IRS where the corporation files its tax return of the name, address, and TIN for each trust beneficiary. Usually, you must file ESBT elections within 2 1/2 months of the corporation’s year-end.

ESBTs are tricky beasts best not attempted on your own, at least while you’re getting going. Making a mistake here jeopardizes not only the status of the trust’s election but the corporation’s S election. And if you think messing up a trust tax return is bad, just wait until you have a bunch of angry former S shareholders hunting you down because they now have to pay more taxes.