By: Kiana Danial and
Updated: 12-14-2022
From The Book: Cryptocurrency Investing For Dummies 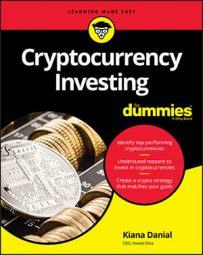 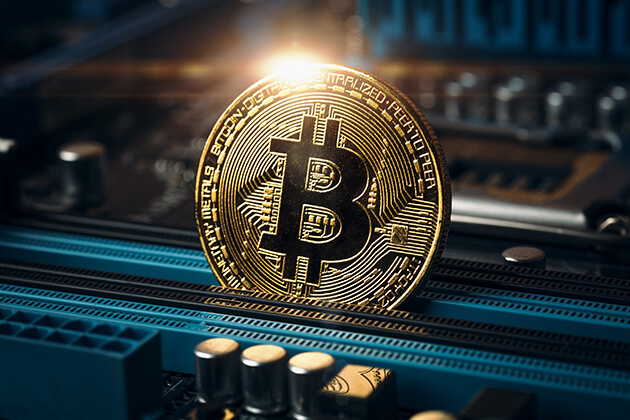 However, what sets cryptocurrencies apart is the technology behind them. You may say, “Who cares about the technology behind my money? I only care about how much of it there is in my wallet!” The issue is that the world’s current money systems have a bunch of problems. Here are some examples:

Cryptocurrency enthusiasts say it could solve some of these problems, if not more.

The basics of cryptocurrencies

You know how your everyday, government-based currency is reserved in banks? And that you need an ATM or a connection to a bank to get more of it or transfer it to other people? Well, with cryptocurrencies, you may be able to get rid of banks and other centralized middlemen altogether. That’s because cryptocurrencies rely on a technology called blockchain, which is decentralized (meaning no single entity is in charge of it). Instead, every computer in the network confirms the transactions.

The definition of money

Before getting into the nitty-gritty of cryptocurrencies, you need to understand the definition of money itself. The philosophy behind money is a bit like the whole “which came first: the chicken or the egg?” thing. In order for money to be valuable, it must have a number of characteristics, such as the following: Of course, in the old days, when you traded your chicken for shoes, the values of the exchanged materials were inherent to their nature. But when coins, cash, and credit cards came into play, the definition of money and, more importantly, the trust model of money changed.

Another key change in money has been its ease of transaction. The hassle of carrying a ton of gold bars from one country to another was one of the main reasons cash was invented. Then, when people got even lazier, credit cards were invented. But credit cards carry the money that your government controls.

As the world becomes more interconnected and more concerned about authorities who may or may not have people’s best interests in mind, the idea is that cryptocurrencies may offer a valuable alternative.

Here’s a fun fact: Your normal, government-backed currency, such as the U.S. dollar, must go by its fancy name, fiat currency, now that cryptocurrencies are around. Fiat is described as a legal tender like coins and banknotes that have value only because the government says so.

In late 2022, the fate of cryptocurrency wasn't looking great. During the first half of 2022, prices fell after the collapse of some cryptocurrencies and by late 2022, many crypto-related companies were facing serious financial problems, if not insolvency.

In November 2022, well-known crypto exchanges FTX and FTX.US filed for bankruptcy and their founder, Sam Bankman-Fried, was arrested in December 2022 for fraud.

Yet, even after these events, many financial analysts expected cryptocurrency to recover and endure.

The first ever cryptocurrency was (drumroll please) Bitcoin! You probably have heard of Bitcoin more than any other thing in the crypto industry. Bitcoin was the first product of the first blockchain developed by some anonymous entity who went by the name Satoshi Nakamoto. Satoshi released the idea of Bitcoin in 2008 and described it as a “purely peer-to-peer version” of electronic money.

Bitcoin was the first established cryptocurrency, but many attempts at creating digital currencies occurred years before Bitcoin was formally introduced.

Bitcoin remained the only cryptocurrency until 2011. Then Bitcoin enthusiasts started noticing flaws in it, so they decided to create alternative coins, also known as altcoins, to improve Bitcoin’s design for things like speed, security, anonymity, and more.

Among the first altcoins was Litecoin, which aimed to become the silver to Bitcoin’s gold. As of 2022, the number of cryptocurrencies had soared to more than 19,000, although many of these were not expected to survive.

If cryptocurrency endures, there are a number of solutions they may be able to provide through their decentralized nature:

During the 2017 Bitcoin hype, a lot of misconceptions about the whole industry started to circulate. These myths may have played a role in the cryptocurrency crash that followed the surge. The important thing to remember is that both the blockchain technology and its byproduct, the cryptocurrency market, are still in their infancy, and things are rapidly changing.

Simplified version of how a blockchain works.

Let me get some of the most common misunderstandings out of the way:

Just like anything else in life, cryptocurrencies come with their own baggage of risk. Whether you trade cryptos, invest in them, or simply hold on to them for the future, you must assess and understand the risks beforehand. Some of the most talked-about cryptocurrency risks include their volatility and lack of regulation.

Volatility got especially out of hand in 2017, when the price of most major cryptocurrencies, including Bitcoin, skyrocketed above 1,000 percent and then came crashing down. However, as the cryptocurrency hype has calmed down, the price fluctuations have become more predictable and followed similar patterns of stocks and other financial assets.

Regulations are another major topic in the industry. The funny thing is that both lack of regulation and exposure to regulations can turn into risk events for cryptocurrency investors.

Gear up to make transactions

Cryptocurrencies are here to make transactions easier and faster. But before you take advantage of these benefits, you must gear up with crypto gadgets, discover where you can get your hands on different cryptocurrencies, and get to know the cryptocurrency community. Some of the essentials include cryptocurrency wallets and exchanges.

Some cryptocurrency wallets, which hold your purchased cryptos, are similar to digital payment services like Apple Pay and PayPal. But generally, they’re different from traditional wallets and come in different formats and levels of security.

You can’t get involved in the cryptocurrency market without a crypto wallet. Get the most secure type of wallet, such as hardware or paper wallets, instead of using the convenient online ones.

Storing your cryptocurrencies on an exchange is considered high risk because many such exchanges have been exposed to hacking attacks and scams in the past. When you’re done with your transactions, your best bet is to move your new digital assets to your personal, secure wallet.

Exchanges come in different shapes and forms. Some are like traditional stock exchanges and act as a middleman — something crypto enthusiasts believe is a slap in the face of the cryptocurrency market, which is trying to remove a centralized middleman. Others are decentralized and provide a service where buyers and sellers come together and transact in a peer-to-peer manner, but they come with their own sets of problems, like the risk of locking yourself out.

A third type of crypto exchange is called hybrid, and it merges the benefits of the other two types to create a better, more secure experience for users.

Getting to know the crypto community can be the next step as you’re finding your way in the market. The web has plenty of chat rooms and support groups to give you a sense of the market and what people are talking about. Here are some ways to get involved:

On the flip side, many scammers also target these kinds of platforms to advertise and lure members into trouble. Keep your wits about you.