This case study focuses on the sled position control system, which moves the read/write laser assembly radially under the spinning CD. Check out the figure for a close-up of a CD/DVD electromechanical system. 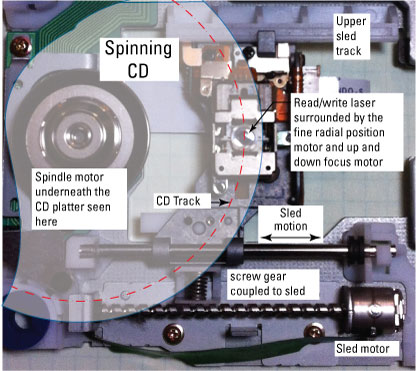 The first prototypes of the compact disc (CD) were independently developed by Sony and Philips around 1976, with the intended use of storing digital audio data. The use of CDs for other types of data storage followed. In 1995, Philips, Sony, Toshiba, and Panasonic introduced the digital video disc (DVD). To this day, related optical disc technology continues to develop.