What You Should Know about Acquiring an Area for Your Franchise 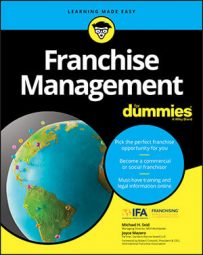 Explore Book Buy On Amazon
If, from the start, you have big dreams of being a franchise tycoon, you may want to consider franchisors that offer the whole package: area development rights. These rights allow a franchisee to expand exclusively within a specific territory, according to a schedule — x number of units within a certain time period. In a twist known as master franchising, some chains sell an entire territory to a franchisee and, based on a schedule, allow the franchisee to open units or sell unit franchises to other operators, called subfranchisees.

Some franchise systems expand primarily via area development or multi-unit development. Theoretically, by dealing with fewer but larger and presumably more sophisticated franchisees, franchisors can manage their systems with more ease and focus their efforts on support, new products, services, and other areas besides franchise sales. Other chains use a multi-unit strategy only in their core or larger markets and sell single franchises only in their smaller markets. The method depends on the system and its growth strategy.

For franchisees, an advantage of acquiring an area is that you lock in a territory in which you can develop multiple locations without having to worry about how many other franchises are being developed and how close those locations are to your sites. In contrast, if you buy franchises one at a time, you risk getting closed out of parts of your area because other franchisees or company-owned locations have been developed.

Before striking a deal for area development rights, consider the following:

Be prepared to pay substantial money up front. Area development rights typically command either a flat fee — which could be hundreds of thousands of dollars — or a fee per franchise you commit to develop. For example, if the franchise fee is $40,000, you may be required to pay over the entire franchise fee for the first unit and a $15,000 or more deposit on each additional one; the remainder would be due upon opening, when the lease is signed, or per the terms of your development agreement.

If you default on the development schedule, you may lose your deposit — plus the franchisor may terminate your exclusive rights or all the development rights you were granted to the area.

Find out how strict the franchisor is regarding defaults of development obligations. Some will amend the agreement to accommodate late construction schedules or other problems. They may also extend the opening date. (Sometimes they charge the franchisee an extension fee.) The development schedule may also include grace periods.

A policy can be changed, and if what you expect to happen isn’t covered in your agreements, the franchisor likely is not required to extend that policy to you when you need it.

Franchisors often offer a lower initial franchise fee and sometimes a lower royalty rate to an area developer than to a franchisee who’s only committing to open one site. There are three main basic reasons they offer reduced fees: The amount of the initial and continuing fee discount depends on the franchisor, the number of locations being committed to, and the time it takes to get the units up and running. Franchisors usually limit any fee reduction to the initial franchise fee, but today it is becoming more common for them to consider also reducing the continuing royalty rate.

Make sure the development schedule is reasonable. If it’s not, and if you need to negotiate later with the franchisor for an extension of time, you may find that you have to make certain concessions, such as a reduced territory.