Project managers need tools for overseeing their projects. The functional organization structure brings together people who perform similar tasks or who use the same kinds of skills and knowledge in functional groups. In this structure, people are managed through clear lines of authority that extend through each group to the head of the group and, ultimately, to a single person at the top.

In the image example, you see that all people who perform human resources functions for the organization (such as recruiting, training, and benefits management) are located in the human resources group, which reports to the chief executive: 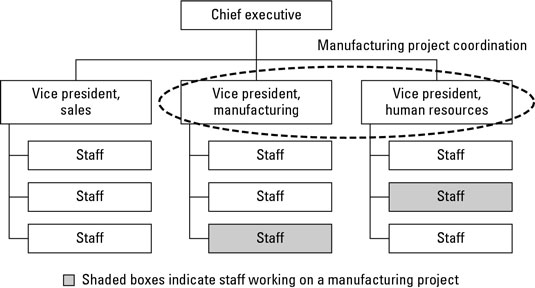 A functional structure for administering projects.

The functional structure has the following advantages:

The functional structure has the following drawbacks: