Scrum in Action for Marketing 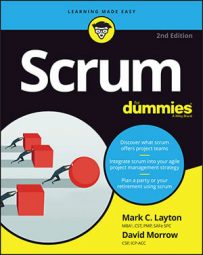 Explore Book Buy On Amazon
Scrum is widely used in marketing today with astounding success. Scrum fits the wild and wooly world of shifting customer needs and technology. Check out these examples of scrum and marketing.

CafePress sells gifts and merchandise that a customer can customize, such as mugs with pictures and/or memes.

A layer of versatility was uncovered in CafePress’s scrum implementation. The legal implications of customizable products meant that marketing needed a close alliance with the legal team to facilitate quick response to legal inquiries and concerns. The marketing team needed to be aware of what it could and couldn’t say to avoid taking on unnecessary legal liability.

The legal department became an integral part of CafePress’s marketing scrum team, making sure that marketing could get any queries answered in 20 minutes.

CafePress’s strategy of bringing legal and marketing together is a great example of the benefits of aligning business with development. Sometimes, the departments’ goals seem to be at odds, but with scrum, they’re directly aligned with making a better product and creating more satisfied customers.

Xerox is a household name, usually associated with office photocopying. Over the years, this firm has branched into other products and services, such as IT, document management, and software and support.

The original photocopy process of making paper copies from documents and visual images is called xerography. Electrostatic charges are used on a light-sensitive photoreceptor to transfer powder onto paper, thereby copying the images. Heat then seals the deal, literally. Who invented xerography? A company called Xerox.

Xerox’s global interactive marketing team integrated scrum into its business framework to simplify and prioritize demand from customers and marketing teams throughout the world. The team knew that it had to respond to the changing market and customers’ changing needs, and they needed to respond as fast as smaller competitors that could respond and pivot more quickly. Scrum provided the framework for Xerox to self-organize, iterate, inspect, adapt, and deliver more often.

Similar problems existed in portfolio management. Projects weren’t prioritized, so developers were thrashed from project to project, and the loudest stakeholder received his product first. When new initiatives came along, the teams couldn’t pivot quickly enough to take advantage of potential benefits. The teams thrashed employees across multiple projects or stopped projects to reallocate people to new ones.

With scrum, Xerox segmented the type of work to be done into three queues: new development, creative projects (such as artwork), and rapid response (service issues that take eight hours or less to resolve). Short sprint cycles and the inspect-and-adapt process enabled team members to focus each sprint on only one queue rather than all of them.

The Xerox marketing team was thrashing between sprints, but at least it was no longer thrashing within sprints. The focus during each sprint enabled the team to deliver increments across the three queues and prioritize those that were most important. Speed to market increased because the team didn’t get sidetracked before completing a project. Employee morale also increased, and customer satisfaction improved because customers got what they wanted sooner and better.