How to Apply Company Challenge Framework Mechanics in Gamification

The company challenge gamification framework is an employee-facing model that’s designed to increase productivity through friendly competition. This gamified framework adds a layer of competition on repetitive or prescriptive gameplay tasks — mopping floors, entering data, and the like. 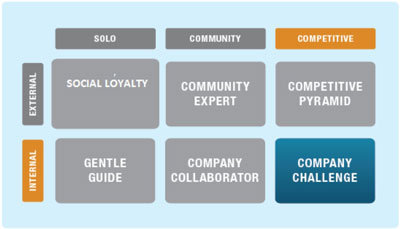 This layer of competition takes the form of teams, allowing different groups within the organization to compete against each other.

With company challenge, the daily grind becomes a game played across departments and locations. This competition not only motivates employees and increases productivity, but it makes work more fun than Joan Rivers at a theme park.

Here are some of the reasons company challenge is effective:

This gamification framework relies heavily on task-based missions and tracks, which help keep employees focused and on target during their work.

The company challenge gamified framework expands on individual gameplay tasks by dividing employees into teams. Suddenly, employees are no longer simply completing their work for rewards; they’re playing a game against each other.

Teams are a most excellent mechanic. They almost never go wrong.

Clearly measured metrics — that is, points, leaderboards (both team and individual), levels, and so on — provide actionable gameplay feedback. Through these metrics, employees know what they’ve achieved. This visualization of status is instrumental in keeping employees performing at their peak. And of course rewards are important, whether driven by monetary incentives, privileges, or recognition. You can issue rewards on both an individual basis and a team basis. 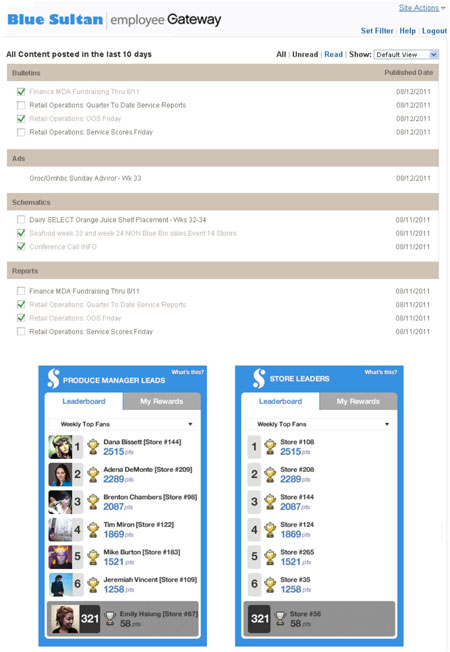 The company challenge framework doesn’t really lend itself to use in one industry more than another. Rather, company challenge is geared for organizations that want to improve productivity — especially for employees whose tasks are somewhat repetitive or prescriptive.

Here are a few more examples of areas in which company challenge might work well:

Really, any organization whose employees are already arranged in teams with specific metrics that measure their success is an excellent candidate for the company challenge gamification framework. In these settings, this framework effectively increases productivity and promotes company-wide teamwork with friendly gameplay competition.