How Intuition Differs from Impulse and Fear 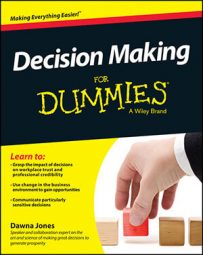 Many people confuse intuition with fear and impulse, but the three are very different. Yes, all three can spur action, but the actions spurred by fear and impulse don’t lead you in the right direction as reliably as intuition does. That’s why being able to distinguish among the three is an important part of honing your intuitive abilities.

Decisions made from fear are often knee-jerk reactions to an event or situation. Although fear is an appropriate response in situations in which you face a real threat, our environment is so immersed in fear-based messages that everything nowadays looks threatening, even when it’s not.

Fear-based messages are generally critical of you and your core beliefs — put-downs and other negative chatter that does nothing for your morale or confidence. In this kind of environment, it’s easy to think that you are being guided by your intuition when you’re really reacting to the fear you detect from the media, your working environment (which likely is focused on survival), or yourself (your own fears about your personal or financial security).

In contrast, intuition brings on a calm, peaceful feeling even when it alerts you to impending events. It often engages imagery and physical sensations to make the point. Intuition’s toolbox contains some great helpers:

For clarity, instinct is associated with preset behavioral patterns that animals rely on to keep them safe; think in terms of fight or flight. Gut feeling is a visceral signal that something is or isn’t right. You don’t want to ignore either one. For the purposes of making sense of the decision-making world, consider both instinct and gut feeling as part of your intuition’s tool kit.

In a culture that thrives on fear and tends to bash intuition, how do you ensure that the niggle you hear comes from your intuition rather than fear? To strengthen your defense system against fear-based decision-making, try these strategies:

When you make an impulsive decision, however, an idea pops into your head, and you take instant action. In this case, intuition isn’t guiding you; instead, you’re being guided by impulsivity, a knee-jerk reaction based on fear, or a lack of self-discipline.

The difference between intuition and impulse is subtle, and discerning between the two requires close attention. As you gain the ability to perceive decisions made on impulse, you can pause in the middle of an impulsive action to consciously decide whether to take the action or not.

To become more aware of whether impulse or intuition is guiding you, observe your decision-making patterns. Notice how much you do purely on impulse. When you come up with ideas and act on them, pay attention to how well these decisions work for you.

By becoming aware of how often your actions are driven by impulse, you can begin to detect patterns that will let you know whether you are getting an intuitive hit or are just being pulled in different directions on whim.