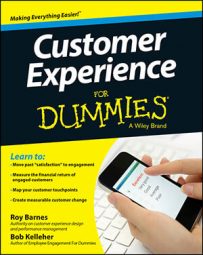 The question “why?” is a good one to ask when you’re trying to diagnose the root cause of customer service problems in your organization — hence this discussion of the Five Whys technique. This technique, often used in the “analyze” phase of the Six Sigma methodology, is easy to use, doesn’t require deep research or lots of quantitative data gathering, and best of all, is kind of fun.

With this technique, you simply ask “Why?” over and over again — five times, or even more — until you unearth the root cause, or the real reason a customer problem has occurred. It’s a little like peeling an onion, with the answer to each successive “why” revealing yet another layer until you reach the root cause.

To use the Five Whys technique, follow these steps:

For example, consider the following problem:

Customers are unhappy because your organization is taking too long to pay its warranty claims.

In this case, just five “whys” were needed to reveal that the problem was not that customers were making careless mistakes when filling out claim forms, but rather that the claim forms were populated with dated information.

The answer to the last “why” leads to the root cause of the problem. You must act to fix this root cause. Sure, you can also work to address any other causes or symptoms, but doing so in isolation and not addressing the root cause only leads to a temporary fix. Soon, problems will resurface. It’s critical that you keep pushing your team to find the root cause and to act on it.

You can ask “why” five times, ten times, twenty times, or more. It doesn’t matter how many times you ask, as long as you get to the root cause of the problem. That being said, asking “why” fewer than five times may not cut the mustard. Odds are, doing so will reveal symptoms, but not the root cause.

Asking “why” is a little like mining for gold. You must keep digging and digging until you find the source. Don’t give up too early; the problem quite often lies where you wouldn’t have expected it!