W. Edwards Deming popularized a tool called the PDCA cycle for continuous improvement. Managerial accounting runs in cycles of different lengths. Certain sales reports and controls may be repeated every day. Some reports may be prepared every month, or each quarter. Others may be prepared just once a year. 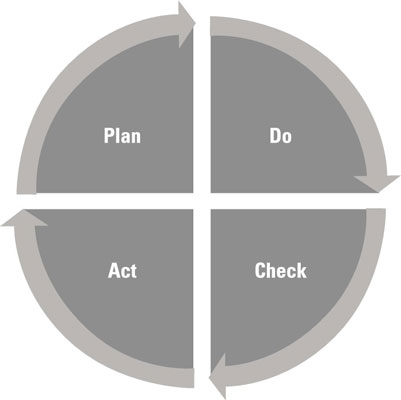 Deming’s PDCA cycle comes from the scientific model of forming hypotheses and then testing them, and it follows these steps: