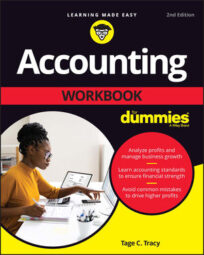 The trick in preparing management control reports for business managers is to separate the wheat from the chaff. Being very busy people, business managers can’t afford to waste time on relatively insignificant problems. They have to prioritize problems and deal with the issues that have the greatest effect on the business.

Management control is usually thought of as keeping a close watch on a thousand details, any one of which can spin out of control and cause problems. First and foremost, however, management control means achieving objectives and keeping on course toward the goals of the business.

Management control covers a lot of ground, including the following:

Every business should have internal control procedures — such as management control reports — in place to prevent, or at least to quickly catch, errors. A business is the natural target of all sorts of dishonest schemes and scams by its employees and managers, its customers, its vendors, and others.