How to Prepare Part 4 of a Cost of Production Report

Following is a complete cost of production report that accounts for all the Balloon department’s units and costs. 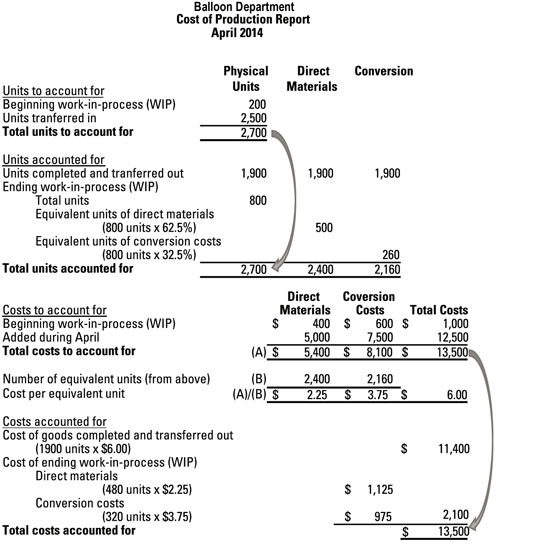