How to Prepare a Cost-Volume-Profit Analysis

The graphs provide a helpful way to visualize the relationship among cost, volume, and profit. However, when solving problems, you’ll find that plugging numbers into formulas is much quicker and easier.

Pemulis Basketballs sells basketballs for $15 each. The variable cost per unit of the basketballs is $6. Pemulis had total fixed costs of $300 per year.

Fixed costs are represented by a horizontal line because no matter the sales volume, fixed costs stay the same. Total variable costs are a diagonal line, starting at the origin (the point in the lower-left corner of the graph where there are zero sales). 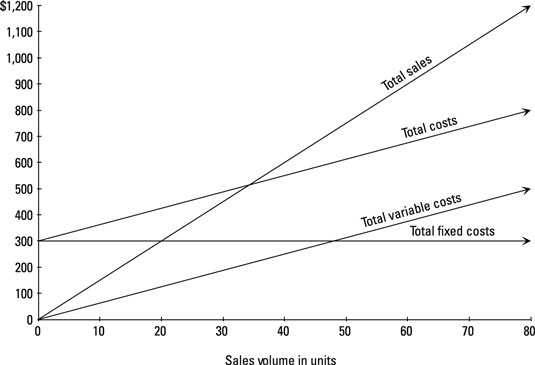 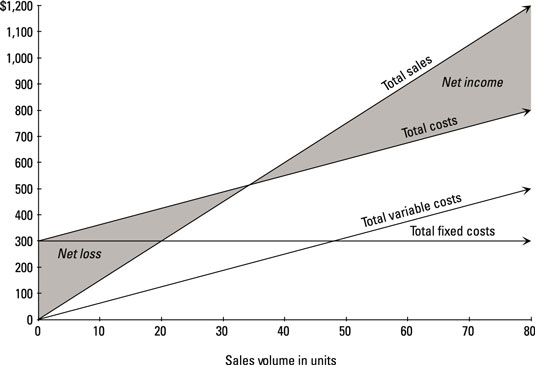 Dropping numbers into the chart shows exactly how much income can be earned at different sales levels. Assuming Pemulis has a sales price of $15 per unit, a variable cost per unit of $6, and total fixed costs of $300, what happens if Pemulis sells 60 basketballs? 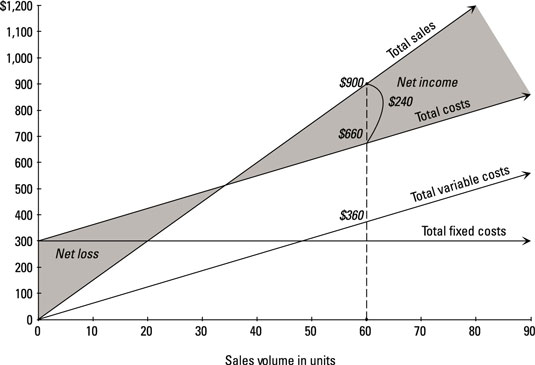 Assume that Pemulis Basketballs sells 60 units for $15 each for total sales of $900. The variable cost of each unit is $6 (so total variable costs come to $6 x 60, or $360), and total fixed costs are $300. Using the contribution margin approach, you can find the net income in two easy steps.

The contribution margin per unit formula

Say Pemulis Basketballs now wants to use this formula. It can simply plug in the numbers — 60 units sold for $15 each, variable cost of $6 per unit, fixed costs of $300 — and solve. First compute the contribution margin per unit:

Next, plug contribution margin per unit into the net income formula to figure out net income:

This means that 60 cents of every sales dollar directly increases net income. After you know the contribution margin ratio, you’re ready for the net income formula:

To calculate net income for the earlier example company, plug the contribution margin ratio of 60 percent into the formula: