You can graphically represent costs by charting total cost (on the left axis) against the cost driver (on the bottom axis). You can see how producing 100 caps drives total variable costs of $200. 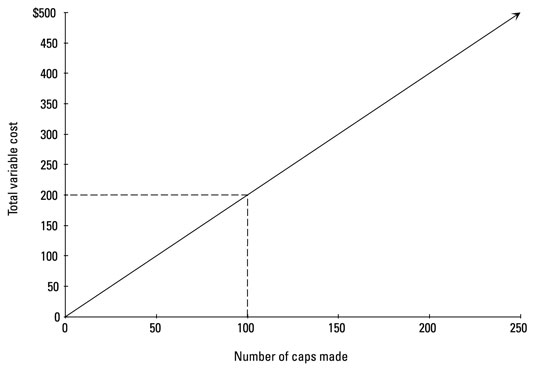 A change in a cost driver always results in a corresponding change to the total cost. For example, increasing the cost driver by 50 percent causes total variable costs to increase by 50 percent. 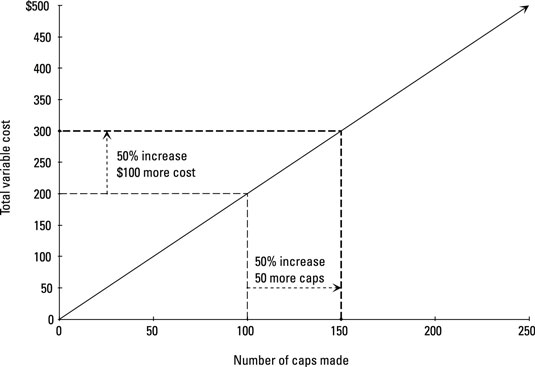 Most direct costs are variable with respect to the number of units produced. Direct labor (the cost of employee wages that can be directly traced to the products those employees make) is another common variable cost. Take a shoe factory as an example: The more shoes the factory makes, the higher the direct labor cost. 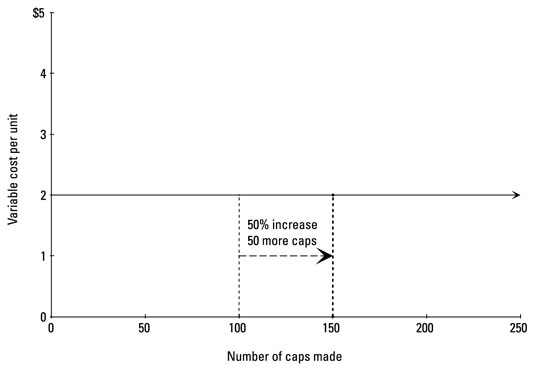