Many continuous distributions may be used for business applications; two of the most widely used are:

The uniform distribution is useful because it represents variables that are evenly distributed over a given interval. For example, if the length of time until the next defective part arrives on an assembly line is equally likely to be any value between one and ten minutes, then you may use the uniform distribution to compute probabilities for the time until the next defective part arrives. 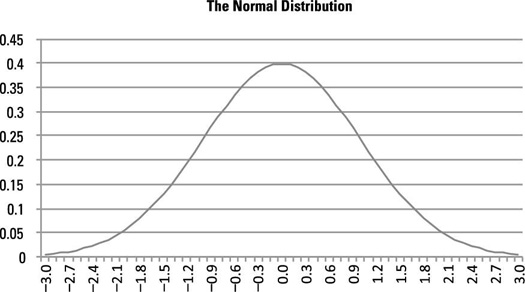 The bell-shaped curve of the normal distribution.