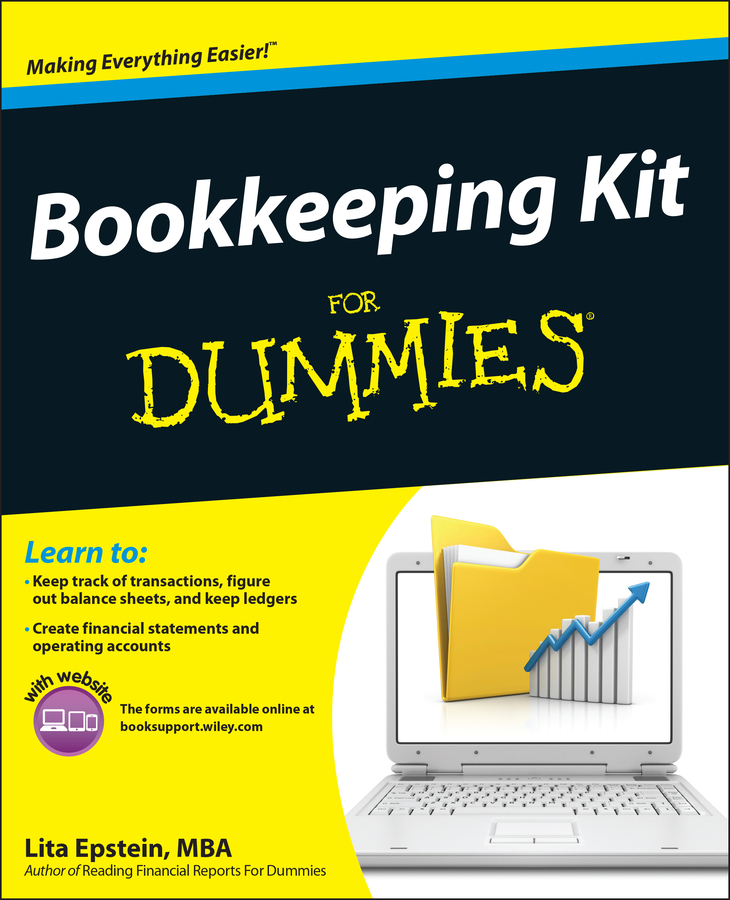 Profit performance reports prepared for a business’s managers typically are called P&L (profit and loss) reports. These reports are prepared as frequently as managers need them, usually monthly or quarterly — perhaps even weekly in some businesses. A P&L report goes to the manager in charge of each profit center; these confidential profit reports do not circulate outside the business.

All businesses include sales revenue and expenses in their internal P&L reports. Beyond this, it’s very difficult to generalize about the specific format and level of detail included in P&L reports, particularly regarding how operating expenses are disclosed.

Businesses that sell products deduct the cost of goods sold expense from sales revenue, and then report gross margin (also called gross profit) — both in their externally reported income statements and in their internal P&L reports to managers. However, internal P&L reports have a lot more detail about sources of sales and the components of cost of goods sold expense.

Reporting operating expenses on the object of expenditure basis

One way to present operating expenses in a profit center’s P&L report is to list them according to the object of expenditure basis. This means that expenses are classified according to what is purchased (the object of the expenditure) — such as salaries and wages, commissions paid to salespersons, rent, depreciation, shipping costs, real estate taxes, advertising, insurance, utilities, office supplies, telephone costs, and so on.

To do this, the operating expenses of the business have to be recorded in such a way that these costs can be traced to each of its various profit centers. For example, employee salaries of persons working in a particular profit center are recorded as belonging to that profit center.

The object of expenditure basis for reporting operating costs to managers of profit centers is practical and convenient. And this information is useful for management control because, generally speaking, controlling costs focuses on the particular items being bought by the business.

The following figure presents a P&L report for a profit center example that classifies operating expenses according to how they behave relative to sales activity. The detailed expenses under each major heading are not presented in the P&L report itself; instead, this information is presented in supporting schedules that supplement the main page of the P&L report. 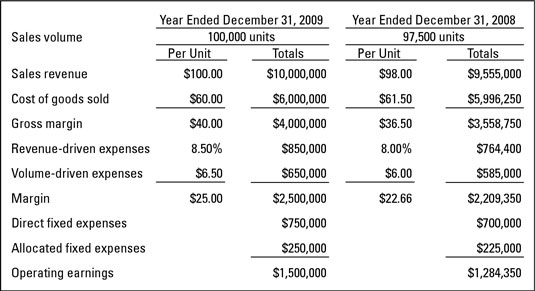 A Profit & Loss report template for a profit center.

The supplementary information for each variable and fixed expense is presented according to the object of expenditure basis. For example, depreciation on the profit center’s fixed assets is one of several items listed in the direct fixed expenses category. The amount of commissions paid to salespersons is listed in the revenue-driven expenses category.

The example shown in the figure is an annual P&L report. Profit reports are prepared as frequently as needed by managers, monthly in most cases. Interim P&L reports may be abbreviated versions of the annual report. But at least once a year, and preferably more often, the manager should see the complete picture of all expenses of the profit center. Keep in mind that this example is for just one slice of the total business, which has other profit centers each with its own profit (P&L) report.

The P&L report shown in the figure includes sales volume, which is the total number of units of product sold during the period. Of course, the accounting system of a business has to be designed to accumulate sales volume information for the P&L report of each profit center.

Generally, interest and income tax expenses are not assigned to profit centers, unless a profit center is a rather large and autonomous organizational division of the business that has responsibility for its own assets, finances, and income tax.