By: Lita Epstein and
Updated: 11-21-2019
From The Book: Bookkeeping All-in-One For Dummies

Explore Book Buy On Amazon
External financial statements, including the income statement (also called the profit report) comply with well-established rules and conventions. By contrast, the format and content of internal accounting reports to managers are wide open. If you could sneak a peek at the internal financial reports of several businesses, you’d be probably surprised by the diversity among the businesses.

All businesses include sales revenue and expenses in their internal profit-and-loss (P&L) reports. Beyond this broad comment, it’s difficult to generalize about the specific format and level of detail that bookkeepers need to include in P&L reports, particularly regarding how operating expenses are reported. 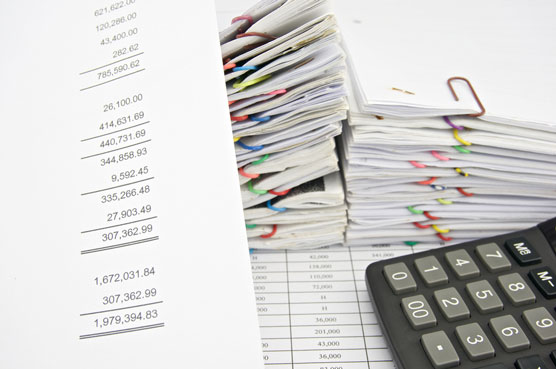 Profit performance reports prepared for a business’s managers typically are called P&L reports. These reports should be prepared as frequently as managers need them, usually monthly or quarterly — or perhaps weekly or daily in some businesses. A P&L report is prepared for the manager who’s in charge of each profit center; these confidential profit reports don’t circulate outside the business. (The P&L contains sensitive information that competitors would love to get hold of.)

Accountants aren’t in the habit of preparing brief, summary-level profit reports. Accountants tend to err on the side of providing too much detailed data and information. Their mantra is to give managers more information, even if the information isn’t asked for. Managers are busy people, and they don’t have spare time to waste, whether for reading long, rambling emails or multiple-page profit reports with too much detail. Profit reports should be compact for a quick read. If a manager wants more backup detail, she can request it as time permits. Ideally, the accountant should prepare a profit main page that fits on one computer screen, although this report may be a smidgen too small as a practical matter. In any case, keep it brief.

There’s a need for short, to-the-point or quick-and-dirty profit models that managers can use for decision-making analysis and profit-strategy plotting. Short means one page or less (such as one computer screen) with which the manager can interact and test the critical factors that drive profit. If the sales price were decreased 5 percent to gain 10 percent more sales volume, for example, what would happen to profit? Managers of profit centers need a tool that lets them answer such questions quickly.

By far the most common way to present operating expenses in a profit center’s P&L report is to list them according to the object-of-expenditure basis. This basis classifies expenses according to what is purchased (the object of the expenditure), such as salaries and wages, commissions paid to salespeople, rent, depreciation, shipping costs, real estate taxes, advertising, insurance, utilities, office supplies, and telephone costs. To use this basis, a business has to record its operating expenses in such a way that these costs can be traced to each of its various profit centers. The salaries of people who work in a particular profit center, for example, are recorded as belonging to that profit center.

The object-of-expenditure basis for reporting operating costs to managers of profit centers is practical. This information is useful for management control because, generally speaking, controlling costs focuses on the particular items being bought by the business. A profit center manager analyzes wages and salary expense to decide whether additional or fewer personnel are needed relative to current and forecast sales levels. A manager can examine the fire insurance expense relative to the types of assets being insured and their risks of fire losses. For cost control purposes, the object-of-expenditure basis works well, but there’s a downside. This method of reporting operating costs to profit center managers obscures the all-important factor in making a profit: margin. Managers absolutely need to know margin.

The first and usually largest variable expense of making sales is the cost-of-goods-sold expense (for companies that sell products). In addition to cost of goods sold (an obvious variable expense), businesses have other expenses that depend on the volume of sales (quantities sold) or the dollar amount of sales (sales revenue). Virtually all businesses have fixed expenses that aren’t sensitive to sales activity, at least in the short run. Therefore, it makes sense to take operating expenses classified according to the object-of-expenditure basis and further classify each expense as variable or fixed. Each expense would have a variable or fixed tag.

Although it’s hard to know for sure, because the internal profit reporting practices of businesses aren’t publicized or generally available, probably the large majority of companies don’t attempt to classify operating expenses as variable or fixed. Yet for making profit decisions, managers need to know the variable versus fixed nature of their operating expenses.

John A. Tracy, CPA, is professor of accounting, emeritus, at the University of Colorado in Boulder. Earlier in his career, he was a staff accountant with Ernst & Young.

Cécile Laurin, CPA, CA, is a professor of accounting at Algonquin College of Applied Arts and Technology in Ottawa. She has been chief financial officer for three engineering firms and a law firm.