By: Lita Epstein and
Updated: 11-04-2019
From The Book: Bookkeeping All-in-One For Dummies 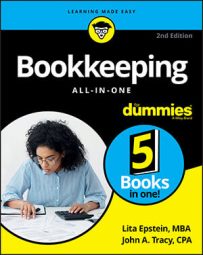 Explore Book Buy On Amazon
In theory, depreciation expense accounting is straightforward enough: You divide the cost of a fixed asset (except land) among the number of years that the business expects to use the asset. In other words, instead of having a huge lump-sum expense in the year that you make the purchase, you charge a fraction of the cost to expense for each year of the asset’s lifetime. Using this method is much easier on your bottom line in the year of purchase, of course. 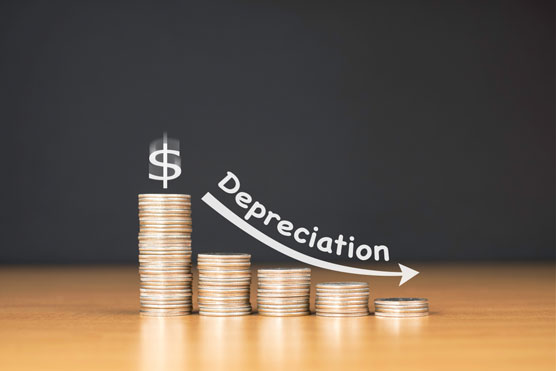 Theories are rarely as simple in real life as they are on paper, and this one is no exception. Do you divide the cost evenly across the asset’s lifetime, or do you charge more to certain years than others? Furthermore, when it eventually comes time to dispose of fixed assets, the assets may have some disposable, or salvage, value. In theory, only cost minus the salvage value should be depreciated. But in actual practice, most companies ignore salvage value, and the total cost of a fixed asset is depreciated. Moreover, how do you estimate how long an asset will last in the first place? Do you consult an accountants’ psychic hotline?

As it turns out, the Internal Revenue Service runs its own little psychic business on the side, with a crystal ball known as the Internal Revenue Code. Okay, so the IRS can’t tell you that your truck is going to conk out in five years, seven months, and two days. The Internal Revenue Code doesn’t give you predictions of how long your fixed assets will last; it tells you what kind of timeline to use for income tax purposes, as well as how to divide the cost along that timeline.

Hundreds of books have been written about depreciation, but the book that really counts is the Internal Revenue Code. Most businesses adopt the useful lives allowed by income tax law for their financial statement accounting; they don’t go to the trouble of keeping a second depreciation schedule for financial reporting. Why complicate things if you don’t have to? Why keep one depreciation schedule for income tax and a second for preparing your financial statements? That said, it may be a different story for some large companies.

The IRS rules offer two depreciation methods that can be used for particular classes of assets. Buildings must be depreciated one way, but for other fixed assets, you can take your pick: Section 179 is an alternative to using depreciation write-offs. This section was greatly expanded with the new law that took effect on January 1, 2018, and may eliminate the use of depreciation for many new-equipment purchases. Under the new tax law, companies can use Section 179 to write off 100 percent up to $1 million in 2018, and the write-off will be adjusted for inflation each year after that, with the benefit being phased out up to $2.5 million. Before the new tax law, Section 179 allowed a 50 percent write-off up to $500,000. The definition of property eligible for 100 percent bonus depreciation was expanded to include used qualified property acquired and placed in service after September. 27, 2017. Certain property is excluded, so before making a major purchase for which you expect to take advantage of Section 179, be sure to review the purchase with your accountant.

The salvage value of fixed assets (the estimated disposal values when the assets are taken to the junkyard or sold off at the end of their useful lives) is ignored in the calculation of depreciation for income tax. Put another way, if a fixed asset is held to the end of its entire depreciation life, its original cost will be fully depreciated, and the fixed asset from that time forward will have a zero book value. (Recall that book value is equal to original cost minus the balance in the accumulated depreciation account.)

Lita Epstein, who earned her MBA from Emory University’s Goizueta Business School, enjoys helping people develop good financial, investing and tax-planning skills.
While getting her MBA, Lita worked as a teaching assistant for the financial accounting department and ran the accounting lab. After completing her MBA, she managed finances for a small nonprofit organization and for the facilities management section of a large medical clinic.
She designs and teaches online courses on topics such as investing for retirement, getting ready for tax time and finance and investing for women. She’s written over 20 books including Reading Financial Reports For Dummies and Trading For Dummies.
Lita was the content director for a financial services Web site, MostChoice.com, and managed the Web site, Investing for Women. As a Congressional press secretary, Lita gained firsthand knowledge about how to work within and around the Federal bureaucracy, which gives her great insight into how government programs work. In the past, Lita has been a daily newspaper reporter, magazine editor, and fundraiser for the international activities of former President Jimmy Carter through The Carter Center. John A. Tracy is a former accountant and professor of accounting. He is also the author of Accounting For Dummies.