Ghost Hunting: What You Should Know Before You Go

Explore Book Buy On Amazon
Before deciding to enter the field of paranormal research, you need to know how to gather the right information to prove your efforts and how you're going to pay for this research. The following discussion walks you through some things you may not have through of when you first became interested in ghosts. 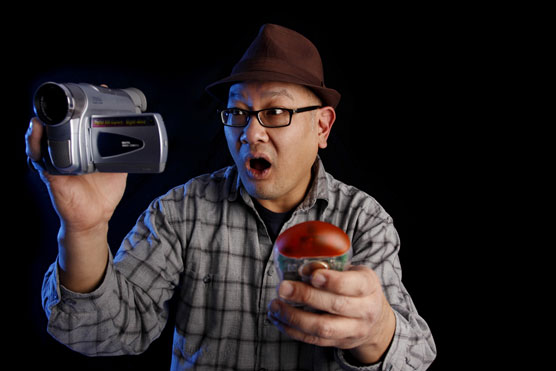 The first stage of any investigation is to gather all the facts. You should interview witnesses, examine the site, and exhaust all the possibilities. This is the first, and perhaps most important, step, and unfortunately, this step has led to the often-disappointing conclusion of what seemed to be a promising case. Incidents that first seemed to be linked to a haunting are often explained away by a presentation of possible solutions.

Only if the case survives this first step is it worth pursuing any further. If it does, and the haunting involves what may be recurrent phenomena, then it’s time to monitor the area and possibly have a chance to observe the happenings for yourself.

Being a ghost-hunter can be a lot like being a detective. As an investigator, you must learn to use your observational skills. Even if you’ve mastered the skills of field work and equipment, you still have to develop the skills you need to observe your surroundings with a critical eye. To do so, you must access the location objectively and let go of any preconceived notions you have about the site or situation. Always consider the facts and then make your own observations and judgments.

You always need to take good notes to keep track of the events during your investigations, even if someone else is simultaneously filming the investigation. Notes can be a valuable way or recording important information because a camera can’t catch every angle at once, nor can it show what you may have experienced personally, like a touch, cold spot, or impression.

Analyze your evidence of life after death

Seek meaningful probabilities from the facts that you have gathered so that you can eliminate the guesswork from your conclusions. Dispassionately reviewing the evidence from your personal experiences allows you to add them to your audio recordings, equipment readings, and video recordings to make a balanced assessment.

You need to connect the paranormal activity that has been reported in the location to a person who once lived there. Being able to do so creates powerful evidence of life after death.

City directories and obituaries are a couple of resources you can use to find the occupants of the location you are researching. Obituaries are like small biographies and are often written for the newspaper by funeral homes or by the relatives of the deceased. They often tell something about the deceased and his remaining family, as well as details about funeral services and where he was buried. The cause of death may or may not be listed in the obituary, but you can watch for clues within the notice as to what may have happened. Words like died suddenly may indicate an accidental death, a murder, or suicide or possibly just a heart attack or a stroke. The words lingering or long illness could suggest cancer, heart disease, or tuberculosis.

Here are some other ways to find information about the occupants of the location:

Death certificates, which are filled with vital information, can be confusing and hard to decipher but the more modern they are, the more they are likely to contain. Sometimes, information can be in error and often the cause of death can be obscured or covered up to protect a person’s reputation or privacy. This is especially common with older certificates. For example, instead of suicide, you may find the cause of death was listed as accidental, or instead of abortion, you may find uterine bleeding. On older certificates, causes of death will often use archaic words for diseases so be sure to have some sort of glossary on hand while attempting to decipher them.

If the coroner decided that the death appeared to be from criminal negligence or murder, then he held what was called an inquest and the records of these affairs hold huge amounts of information for both crime buffs and ghost researchers. Juries were appointed and witnesses were called to testify. The postmortem findings (autopsy records) were included, as well. Most coroners’ reports are open to the public and should be followed up with newspaper research. There may be an obituary that was written, or, if the death was unusual, an entire report. If the death turned out to be murder or linked to a crime, there also be subsequent articles and possibly even court records if the case went to trial.

This information will assist you with what is perhaps the most important part of your research: connecting the ghost in the house to a person who once lived there. Acting like a detective, you have now linked the past to the present and have real evidence of life after death.

How to pay for the research

Most ghost-hunters do not go into the field without thinking about how much it will cost them financially. Ghost-hunting is not usually a job that you can make a living at. Although paranormal investigating can be rewarding on a personal level, it is not a particularly lucrative field. Most people who go into it do so primarily for the unselfish reason of helping other people. While most investigators never charge for their services, many teach classes, write books, work as media consultants, and make money from peripheral aspects of the paranormal. Others accept donations or asked to be reimbursed by their clients for hotel costs and travel expenses.

Opinions differ widely, and there is frequent debate about the ethics of charging for investigations or allowing clients to reimburse for expenses. Some won’t charge a client under any circumstances, while others accept payment only from organizations and never from individuals.

The other costly aspect of paranormal investigation is the equipment involved. If you want to build your own ghost-hunting toolbox, acquire equipment as your budget allows. Many different kinds of equipment, in many different price ranges, are available for use in the field. Spending a small fortune on equipment that you may not even use is far too easy, so be sure to keep your investment to a minimum until you’re sure that your interest in the paranormal will continue.

Even then, owning the most expensive equipment that is available isn’t essential to a reliable investigation. Investigators have shown significant results using very inexpensive gear, so be sure not to let the cost of equipment discourage you. It can’t be stressed enough that the most important tool in an investigation is yourself.