The Lost Symbol: Truth or Fiction?

By: Christopher Hodapp and
Updated: 07-24-2016
From The Book: Freemasons For Dummies 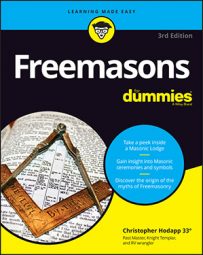 Explore Book Buy On Amazon
Dan Brown's book, The Lost Symbol, invites much curiosity — and speculation — about a brotherhood of secrets and symbols. So, what's the truth behind the storytelling? Here are a few facts revealed: