The Catholic Sacrament of Baptism 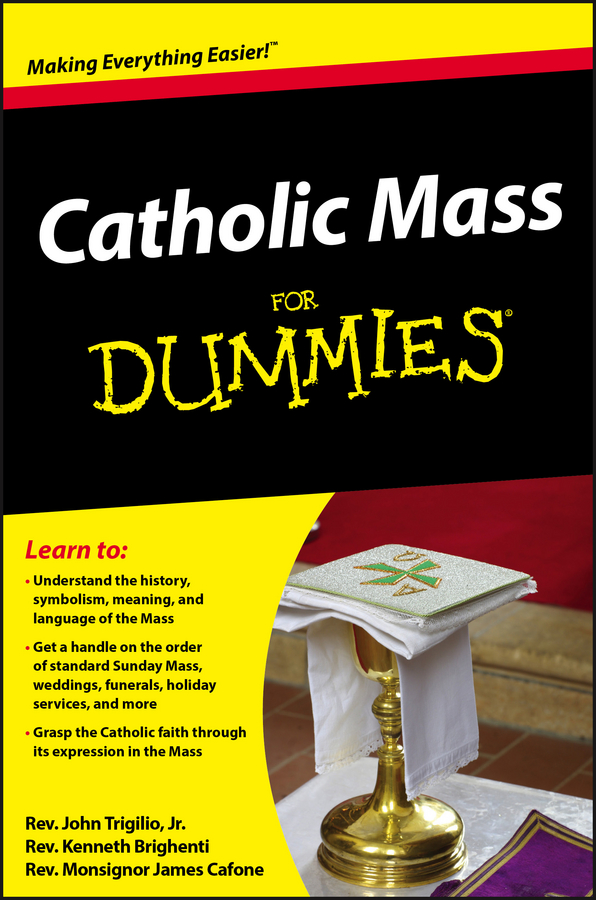 Explore Book Buy On Amazon
Baptism is the one sacrament that all Christian denominations share in common. In the Catholic Church, infants are baptized to welcome them into the Catholic faith and to free them from the original sin they were born with. Baptism is the first holy sacrament, followed by: Eucharist, Confirmation, Reconciliation, Anointing of the sick, Marriage and Holy Order.

To the Catholic Church, original sin isn’t a personal sin of the unborn, but a sin transmitted from generation to generation by birth. All men and women are born with original sin, and only Baptism can wash it away. Baptism can be regarded as a vaccine against sin.

The ritual of baptism in the Catholic Church

Baptisms in the Catholic Church usually take place on Sundays, during the parish Mass or in the early afternoon after all the Masses are over. In most cases, the parish priest or deacon administers the sacrament, anointing the person being baptized with oils, and pouring blessed water over the child or adult’s head not just once but three times.

In the eyes of the Catholic Church, any baptism that uses water and the invocation of the Holy Trinity, as in “I baptize you in the name of the Father and of the Son and of the Holy Spirit,” is a valid sacrament. So, if a follower of a Christian church that performs baptism to these standards wants to become Catholic, they don't have to be re-baptized.

A person being baptized in the Catholic Church is expected to dress in white to symbolize purity of faith and the cleansing power of baptism. The white garment symbolizes the white garments Jesus wore when he was placed in the tomb after his death on Good Friday. An infant may wear a baptismal gown handed down for generations; an adult typically puts on a full-length white gown known as an alb. 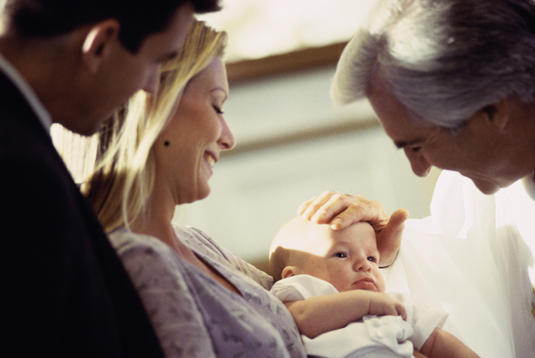 Credit: Purestock
The baptism ritual is a participatory one, with all attendees rejecting Satan and professing their faith, with parents and of an infant and the godparents and immediate family members of the person being baptized being a bit more involved.

Like the sacrament of confirmation and the sacrament of Holy Orders, as a Catholic, you’re baptized just once. These three sacraments confer an indelible mark on your soul. No one can ever be un-baptized or re-baptized.

Recognizing the role of godparents

Every person being baptized must have a sponsor, traditionally called a godparent. You must have at least one sponsor, but usually infants get one of each gender and often from each side of the family.

The role of godparents has a very practical history. Godparents took over rearing children orphaned when their parents died prematurely. Today, being a godparent carries with it no legal right or ecclesiastical authority to the custody of children. Being a godparent, besides giving Christmas and birthday gifts every year, really means actively giving good Christian witness and example and being a role model and support by regularly and faithfully practicing the religion.