Choosing a Bridal Attendant of the Opposite Sex 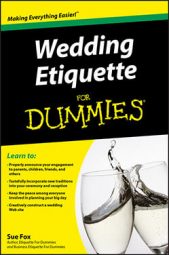 Modern wedding protocol allows you to choose attendants of the opposite sex — a male attendant for the bride or a female attendant for the groom. Although you may see a few raised eyebrows at very traditional weddings, your closest friends are worthy of consideration no matter what gender they are. When a person of the opposite sex acts as the best man or maid of honor, they are called the bride or groom’s “honor attendant.”

When the bridesmaids include a man or the groomsmen include a woman, the groups are simply referred to as the bride and groom’s attendants. When the attendants are of mixed genders, it’s best to have the attendants walk out single file for the recessional.

When a male is serving as the bride’s honor attendant, the next bridesmaid customarily holds the bride’s bouquet during the ring exchange and helps the bride with her dress and train. Female attendants on the groom’s side aren’t generally expected to serve as ushers or help seat guests.

Another place in the lineup that is acceptable for switching gender roles is with the ring bearer. If you don’t have a young boy in your family or among your friends to be your ring bearer, you can choose to have a female ring bearer instead. She should wear a dress similar to the flower girls’ dresses, but she should stand on the groom’s side rather than on the bride’s side with the flower girls. It’s also acceptable to omit these positions for younger attendants altogether.

If you’re having a religious ceremony and planning to have cross-gender attendant groups, check with your officiant before the big day so you don’t create a fuss at the rehearsal. You want to make sure the tradition and house of worship you’re marrying in allows attendants of the opposite sex before you start asking friends and family for their services.