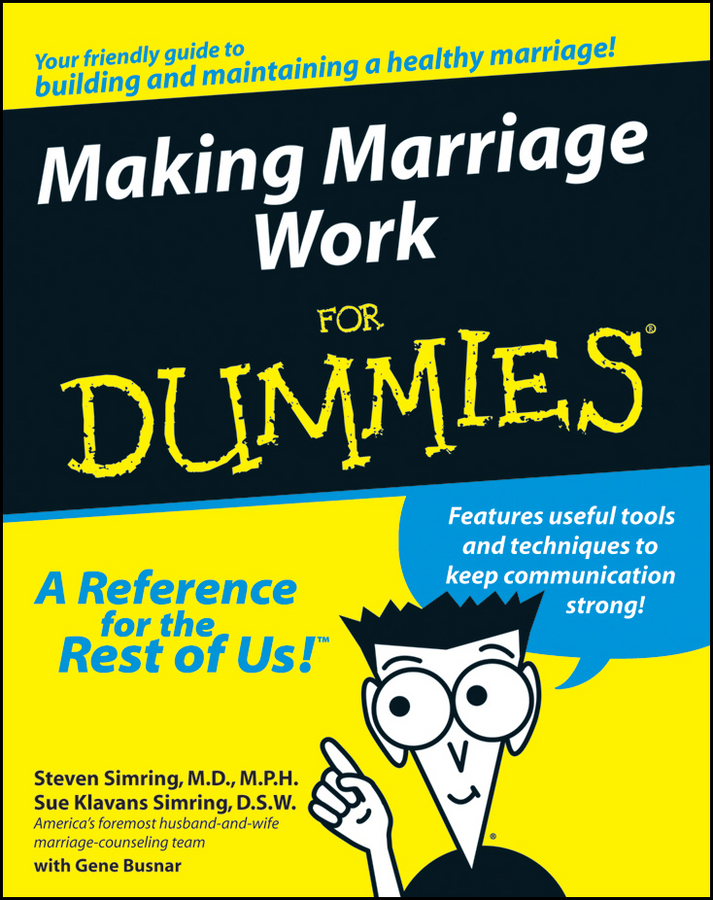 Explore Book Buy On Amazon
From time to time, we all need to work a little harder with our partners at making our relationships the best they can be. This Cheat Sheet covers some of the key issues you’ll meet along the way. Keep it handy.

Improving communication is a key part of improving your relationship. In fact, it’s the single most significant improvement you can make. To be an effective communicator, you have to be a good listener first. Take these key concepts on board:

When thinking about intimacy and the areas of your relationship that you want to improve, considering exactly what kind of intimacy you want more of can be helpful. The five facets of relationship intimacy are:

We all get angry with our partners from time to time. Try the following tips to help you to minimise the destructive effects of anger on you and your relationship:

Communicating effectively is the keystone to any relationship. Use the tips in this list to make sure your message gets across – and to help you listen to what you’re being told.