The Role of Vitamin D in Rheumatoid Arthritis

RA can affect the main synovial joints of the body: 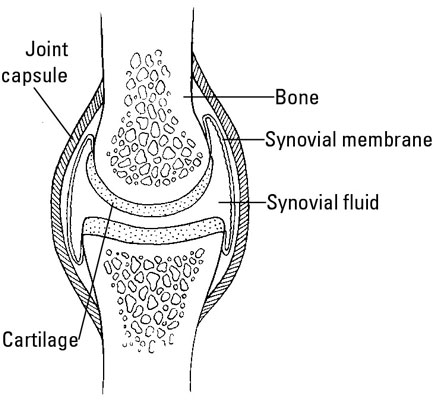 In RA, the immune system attacks the synovial tissue, which stops producing the synovial fluid. Without synovial fluid the joints don’t move smoothly. It’s like removing the oil from the engine of a car — you get a lot of friction without the oil.

In RA, the joints heat up, swell, and become tender. Over time they also become stiff and don’t move well. As the disease worsens, the joints lose their motion and become deformed. The next figure shows a synovial joint affected by rheumatoid arthritis. 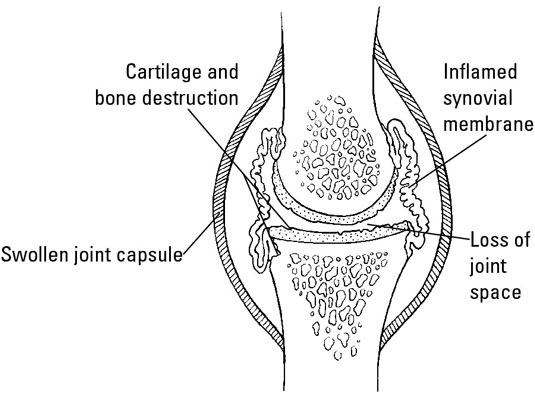 A synovial joint with inflammation in the synovial membrane.

Signs and symptoms of rheumatoid arthritis

RA affects women at a rate three to five times higher than men. It mainly affects the joints but also has signs and symptoms that affect the entire body.

The major signs and symptoms include the following:

Constitutional symptoms include the following:

Diagnosis involves a blood test for a protein called the rheumatoid factor. This test isn’t flawless — 15 percent of patients who have the disease might not have rheumatoid factor in their blood whereas 10 percent of the normal population might have it there. Newer tests are being developed. Doctors use a multitude of anti-inflammatory and other drugs for RA, with variable results.

A number of findings have linked vitamin D to rheumatoid arthritis. Among the most important findings are the following:

None of the studies so far are randomized controlled trials, but those types of studies are getting underway. As a result, no consensus exists on the vitamin D dosage that may protect a person from RA or that may lessen the effects of the disease in an already affected patient. However, based on what is known so far, getting the blood level up to 20 ng/ml [50 nmol/L] simply makes sense in protecting against this disease.