How Anandamide in Chocolate Affects Your Mood

Explore Book Buy On Amazon
Anandamide is a cannabinoid, a chemical that hooks up to the same brain receptors that catch similar ingredients in marijuana smoke. Your brain produces some anandamide naturally, but you also get very small amounts of the chemical from cocoa bean products — chocolate. In addition, chocolate contains two chemicals similar to anandamide that slow the breakdown of the anandamide produced in your brain, thus intensifying its effects. 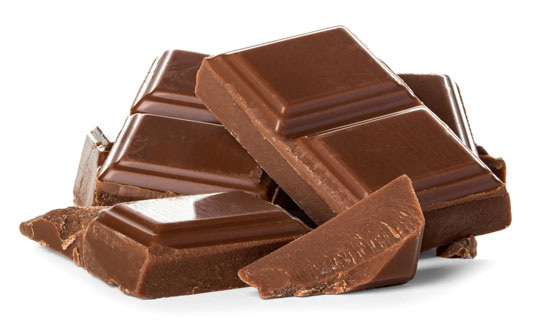 Maybe that's why eating chocolate makes you feel so good. And that really does mean mildly: You'd have to eat at least 25 pounds of chocolate at one time to get any marijuanalike effect.

In 2009, a team of nutrition scientists at the Nestle Research Center in Lausanne (Switzerland) produced the still-classic study of the beneficial calming effects. Their results put the amount required to reduce the body's production of stress hormones at 40 grams (about 1.5 ounces) of dark chocolate a day.