How to Change People without Upsetting Them 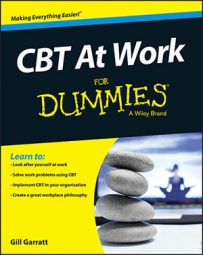 Dale Carnegie and the founder of Cognitive Behavioural Therapy, Albert Ellis, were both instrumental in forming modern views on change management. There is synergy between these two self-made men. The key is about change and how to deal with it.

Dale Carnegie became well known for his writings and training courses about how to achieve success in your work life. He started life in 1888, the son of a poor farmer in Missouri, United States. His determination, resourcefulness, and entrepreneurial activities led him to formulate his own views on leadership and he published 'Public Speaking, a Practical Course for Businessmen.' He went on to have a worldwide best seller in 1936, 'How to Win Friends and Influence People'.

His views on change management were revolutionary.

During the same era, the founder of Cognitive Behavioural Therapy, Albert Ellis, was starting to publish his work. Ellis had begun by forcing himself to deal with situations he found difficult, one of which was a fear of women and of public speaking. He gave a talk to 100 women at the Bronx Botanical gardens during a period of a month. It is reported he didn't manage to get himself a date, but it helped him overcome his fear of public speaking and being rejected by women.

The following is a crib sheet with tips on how to change people without upsetting them, compiled from both of these men's writings: