Function Questions on the PSAT/NMSQT

You will find some function questions on the math portion of the PSAT/NMSQT. Functions are like computers. You input something, x, and something else comes out. The variable, x, can change. (That’s why it’s called a variable!) Every time x changes, so does the result. You can express functions in different ways. You start with a long, graceful f. Then you have something in parenthesis, usually x.

This expression reads as eff of ex. Some functions look like equations:

The difference between this function and another equation is that you can plug anything into the variable spot and end up with another correct answer. In other words, the numbers in functions come in pairs. Functions can also be written as charts. Here’s a chart of some values of the preceding function: 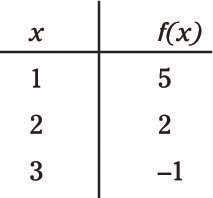 A function may also appear as a graph. Here’s a graph of the preceding function: 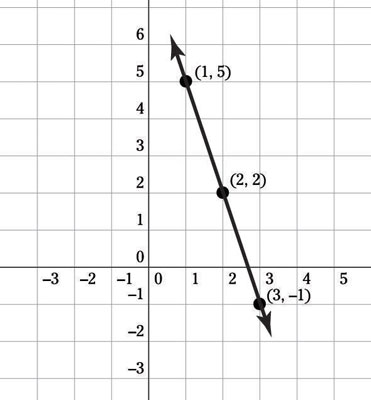 For the PSAT/NMSQT, you need to get up close and personal with linear and quadratic functions. You’ve probably drawn a zillion linear functions when you created graphs. The linear function you’re most likely to run into on the exam is f(x) = mx + b.

In graphs, m is the slope of the line — the amount that the line moves forward and either up or down. The b is where the line cuts across, or intersects, the y-axis. Here’s a typical PSAT/NMSQT question about linear functions:

Which of the following charts represents a linear function?

First, remember that linear function really just means that the function is a straight line when you graph it, which means that it has a constant slope. One way to solve this problem is to think about the slope between each pair of points in each chart. In Choice (A), the first two points are (–2, –2) and (–1, –4).

Different slope, so these three points don’t make a line.

Linear functions appear in the world, too, not just on the exam. For example, the fare you pay to travel on a train may vary depending on the distance you go. In a particular city, your subway fare depends on how many stops you travel. You pay 50 cents for any ride and then an additional 25 cents for each stop that you travel.

Ready to try some function questions? Here you go: 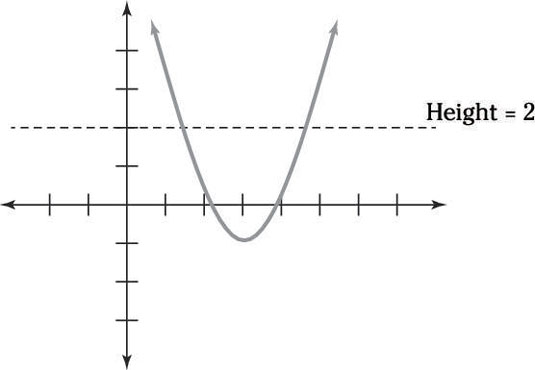