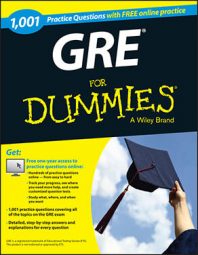 If you run into Reading Comprehension questions on the GRE that deal with the social sciences, they may cover a range of topics that include history, psychology, and business.

Keep in mind that all Reading Comprehension questions are based directly on what's in the passage. You don't need to know anything about the subject outside the passage, so if it's a question on the decisive battles of the Peloponnesian War, or using time series models to predict future stock values, all the information you need will be included in the passage.

Beginning at the end of the 20th century, illegal music sharing, or piracy, became a popular pastime for music lovers around the world. Fans were becoming more familiar with digital platforms purported by the growing Internet era. Music was being illegally passed from person to person, including complete strangers, in an attempt to reduce the dependence on music industry conglomerates that marked up album prices to amounts beyond the economic ability of the core fan base: youth. However, this seemingly liberating move may have done more to destroy the art fans so eagerly celebrated than enhance it.

Today, because of illegal music file sharing, revenue generated by music labels has decreased substantially. In fact, losses have totaled almost half of what the revenue had been at the turn of the century. Although the belief these dedicated fans have is that the rich labels can handle a loss here or there, what is actually occurring is a gross accumulation of small losses adding up to major economic pitfalls. The lasting effects of these losses are layoffs of the subordinate employees working in production or marketing and a lack of new musical talent.

Without money to spend, labels are not putting forth efforts to discover new talent. The relationship between future success and sales of new artists and the investment made in their promotion is compromised when those sales do not happen. Looking at music sharing in this light — that of job loss and economic hardships, both within the industry and at the national level — exposes the hypocritical nature of supporting an artist by sharing their music while destroying their ability to create due to budget constraints.