By: Arthur Deane and
Updated: 10-28-2020
From The Book: CCSP For Dummies with Online Practice

CCSP For Dummies with Online Practice

Explore Book Buy On Amazon
Domain 3, which includes cloud platform and infrastructure security, represents 17 percent of the CCSP certification exam. Virtualization is the process of creating software instances of actual hardware. VMs, for example, are software instances of actual computers. Software-Defined Networks are virtualized networks. Nowadays, you can pretty much find any traditional hardware available as a virtualized solution.

Virtualization is the secret sauce behind cloud computing, as it allows a single piece of hardware to be shared by multiple customers. Concepts like multitenancy and resource pooling would not exist as they do today — and you wouldn’t be reading this book — if it weren’t for the advent of virtualization!

Virtualization offers many clear benefits. Following is a list of some of the most noteworthy:

The preceding list reiterates why virtualization is such a critical technology and reminds you of the deep connection between virtualization and cloud computing.

The most common implementation of virtualization is the hypervisor. A hypervisor is a computing layer that allows multiple guest Operating Systems to run on a single physical host device. The following figure shows an overview of hypervisor architecture. 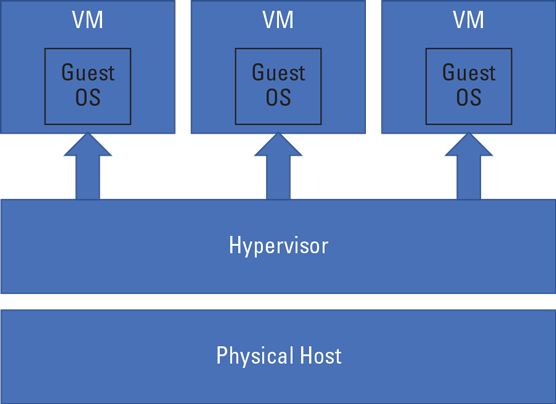 The hypervisor abstracts software from hardware and allows each of the guest OSes to share the host’s hardware resources, while giving the guests the impression that they’re all alone on that host. The two categories of hypervisors are Type 1 and Type 2. A Type 1 hypervisor is also known as a bare metal hypervisor, as it runs directly on the hardware. Type 2 hypervisors, however, run on the host’s Operating System. This figure shows a comparison of the two. 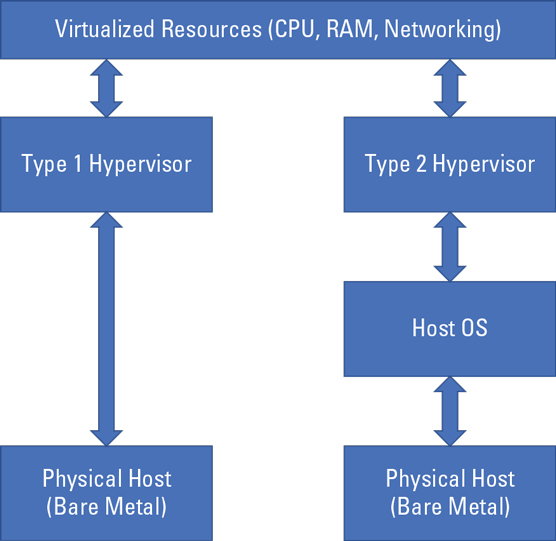 Despite all the advantages of virtualization, and hypervisors specifically, you, as a CCSP candidate, should remember some challenges:

The concept of virtual machine introspection (VMI) allows a hypervisor to monitor its guest Operating Systems during runtime. Not all hypervisors are capable of VMI, but it’s a technique that can prove invaluable for securing VMs during operation.

Arthur J. Deane is a security and compliance executive at Google. He is a technical professional with 13+ years experience in information security, cloud security, IT risk management, and systems engineering.