Electronic circuits can be combined to create complex systems, such as those required to operate a stereo system. Block diagrams are used to show the various combined circuits that form a complex system.

Here’s a diagram of an adjustable timer circuit. See how many components you can identify. 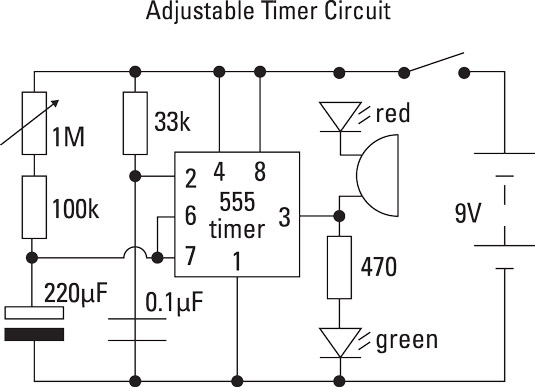