How to Find the Expectation Value of a Dice Roll

Note that because you can express

as a row vector and

as a column vector, you can express the operator A as a square matrix.

For example, suppose you’re working with a pair of dice and the probabilities of all the possible sums. In this situation, the expectation value is a sum of terms, and each term is a value that can be displayed by the dice, multiplied by the probability that that value will appear.

The bra and ket will handle the probabilities, so it’s up to the operator that you create for this — call it the Roll operator, R — to store the dice values (2 through 12) for each probability. Therefore, the operator R looks like this: 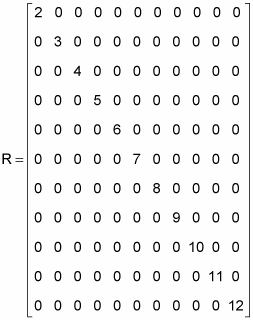 So to find the expectation value of R, you need to calculate

Spelling that out in terms of components gives you the following: 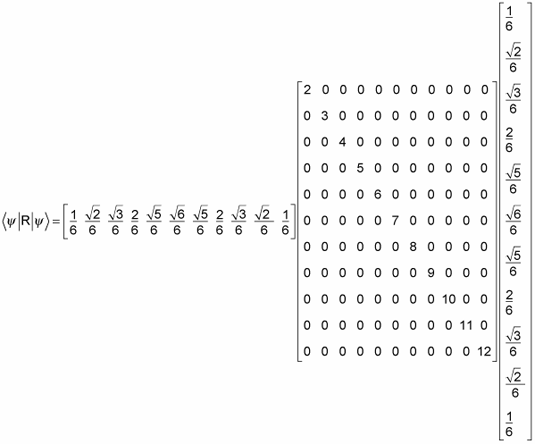 Doing the math, you get