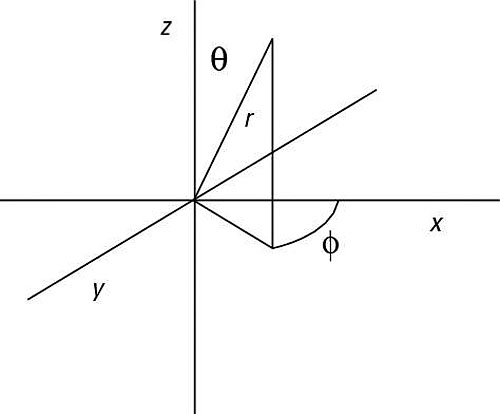 as the figure shows. You can translate between the spherical coordinate system and the rectangular one this way: The r vector is length of the vector to the particle that has angular momentum,

is the angle of r from the z axis, and

is the angle of r from the x axis.

Consider the equations for angular momentum: 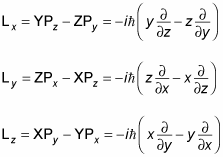 When you take the angular momentum equations with the spherical-coordinate-system conversion equations, you can derive the following: 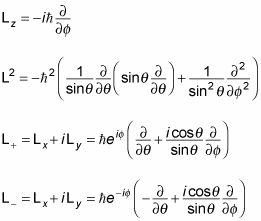 Okay, these equations look pretty involved. But there’s one thing to notice: They depend only on

which means their eigenstates depend only on

not on r. So the eigenfunctions of the operators in the preceding list can be denoted like this:

Traditionally, you give the name

to the eigenfunctions of angular momentum in spherical coordinates, so you have the following:

All right, time to work on finding the actual form of

You know that when you use the L2 and Lz operators on angular momentum eigenstates, you get this:

So the following must be true:

In fact, you can go further. Note that Lz depends only on

which suggests that you can split

up into a part that depends on

and a part that depends on

That’s what makes working with spherical coordinates so helpful — you can split the eigenfunctions up into two parts, one that depends only on

and one part that depends only on