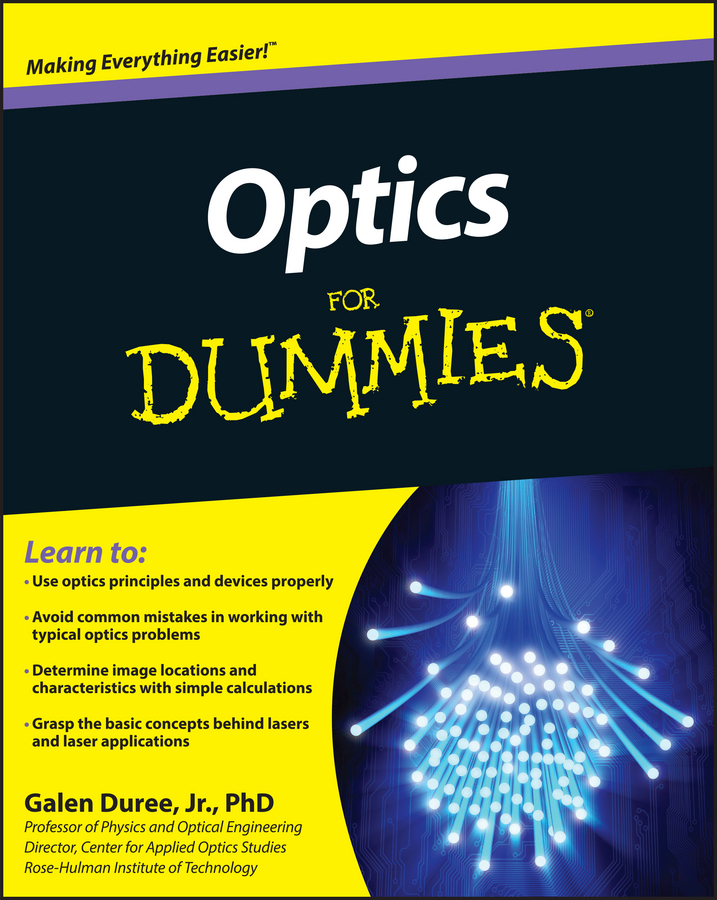 One of the consequences of Einstein’s general theory of relativity was a solution in which space-time curved so much that even a beam of light became trapped. These solutions became called black holes, and the study of them is one of the most intriguing fields of cosmology. Application of string theory to study black holes is one of the most significant pieces of evidence in favor of string theory.

Black holes are believed to form when stars die and their massive bulk collapses inward, creating intense gravitational fields. No one has “seen” a black hole, but scientists have observed gravitational evidence consistent with predictions about them, so most scientists believe they exist.

What goes on inside a black hole?

According to the general theory of relativity, it’s possible that the very fabric of space-time bends an infinite amount. A point with this infinite curvature is called a space-time singularity. If you follow space-time back to the big bang, you’d reach a singularity. Singularities also exist inside of black holes. 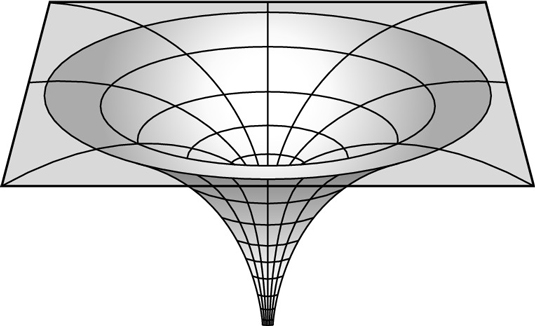 Inside a black hole, space-time stretches to an infinite singularity.

Because general relativity says that the curvature of space-time is equivalent to the force of gravity, the singularity of a black hole has infinite gravity. Any matter going into a black hole would be ripped apart by this intense gravitational energy as it neared the singularity.

For this reason, black holes provide an excellent theoretical testing ground for string theory. Gravity is normally so weak that quantum effects aren’t observed, but inside of a black hole, gravity becomes the dominant force at work. A theory of quantum gravity, such as string theory, would explain exactly what happens inside a black hole.

What goes on at the edge of a black hole?

The edge of a black hole is called the event horizon, and it represents a barrier that even light can’t come out of. If you were to go near the edge of a black hole, relativistic effects take place, including time dilation. To an outside observer, it would look like time was slowing down for you, eventually coming to a stop. (You, on the other hand, would notice nothing — until the black hole’s intense gravitational forces squished you, of course.)

It was previously believed that things only get sucked into a black hole, but physicist Stephen Hawking famously showed that black holes emit an energy called Hawking radiation. (This was proposed in 1974, a year after the equally groundbreaking realization by Israeli Jacob Bekenstein that black holes possessed entropy — a thermodynamic measure of disorder in a system. The entropy measures the number of different ways to arrange things in a system.)

Quantum physics predicts that virtual particles are continually created and destroyed, due to quantum fluctuations of energy in the vacuum. Hawking applied this concept to black holes and realized that if such a pair is created near the event horizon, it was possible for one of the particles to get pulled into the black hole while the other one didn’t. This would look identical to the black hole emitting radiation. To preserve energy, the particle that fell into the black hole must have negative energy and reduce the overall energy (or mass) of the black hole.

The behavior of black holes is curious in a number of ways, many of them demonstrated by Hawking in the 1970s:

In other words, Stephen Hawking showed in the mid-1970s that a black hole will evaporate (unless it is “fed” more mass than it loses in energy). He did this by applying principles of quantum physics to a problem of gravity. After the black hole evaporates down to the size of the Planck length, a quantum theory of gravity is needed to explain what happens to it.

Hawking’s solution is that the black hole evaporates at that point, emitting a final burst of random energy. This solution results in the so-called black hole information paradox, because quantum mechanics doesn’t allow information to be lost, but the energy from the evaporation doesn’t seem to carry the information about the matter that originally went into the black hole.