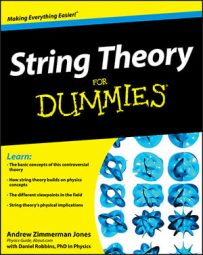 In 1928, physicist Paul Dirac was creating the quantum theory of the electron (a necessary precursor to a complete QED theory), when he realized that the equation only worked if you allowed these extra particles — identical to electrons but with opposite charge — to exist. Just four years later, the first positrons were discovered and named by Carl D. Anderson while he was analyzing cosmic rays.

The mathematics of the theory implied a symmetry between the known particles and identical particles with opposite charge, a prediction that eventually proved to be correct. The theory demanded that antimatter exist. String theory implies another type of symmetry, called supersymmetry, which has yet to be proved, but which many physicists believe will eventually be discovered in nature.

When antimatter comes in contact with ordinary matter, the two types of matter annihilate each other in a burst of energy in the form of a photon. This can also be depicted in QED with a Feynman diagram, as shown on the left side of the figure. In this view, the positron is like an electron that moves backward through time (as indicated by the direction of the arrow on the propagator). 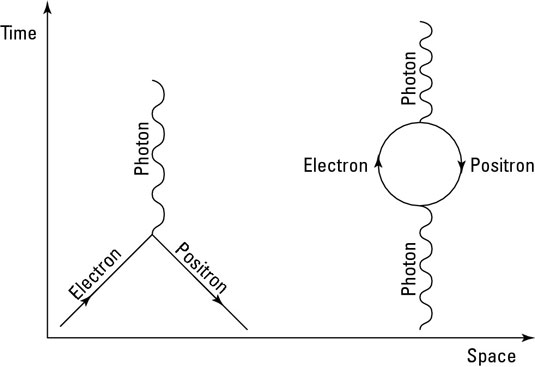