Using Neuroscience to Examine the Thalamus and the Limbic System

While the neocortex can do very fine-grained analysis of the patterns you’re looking at, the thalamus controls where you look. When your neocortex is damaged, you lose particular skills. If your thalamus is damaged sufficiently, you lose consciousness.

The hypothalamus controls homeostatic body functions such as temperature and circadian rhythms. 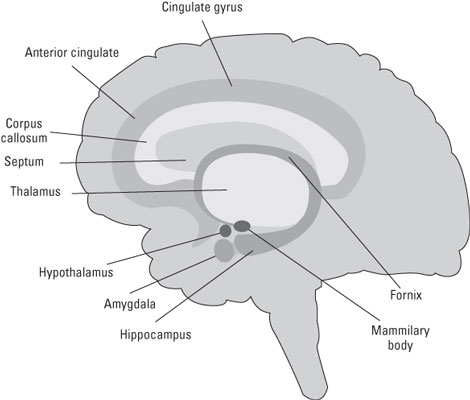 The thalamus and the limbic system.