Can Imaging Systems Read Our Minds? 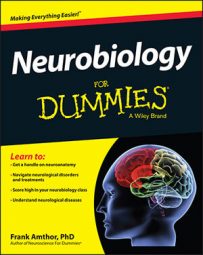 Since functional magnetic resonance imaging (fMRI) machines became more common at the end of the 20th century, there have been more claims about the ability of this technology to extract the content of mental processing. Many aspects of the claims and counterclaims parallel those associated with so-called “lie detector” tests during their heyday in the late 20th century, including the ability to detect lying itself.

fMRI scanners detect blood oxygenation levels and blood flow changes associated with metabolic changes in brain areas at a resolution of one to several cubic millimeters, depending on the magnet strength. This measurement is a one-dimensional index of the overall level of neural activity in that tissue volume, which is a complex circuit, composed of millions of neurons.

What can be deduced from fMRI scans, practically and theoretically? The gross anatomy of the brain is characterized by localization of function, with distinct motor and sensory areas, and maps within those areas. For example, neuroscientists know exactly where the brain area is that controls the left hand, and, if a person in an fMRI magnet moved his left hand, that movement would easily be detected.

In sensory systems, visual space is laid out in a complex topographic map on the brain. If a person imagines some specific shape directly in front of her, some of the same brain areas will be activated that would have been activated by actually seeing that shape. This brain activity associated with imagery also can be detected in a scanner. Brain areas whose activity is necessary to conjure up images, or to lie, are different from those involved in retrieving content from actual memory, and this also can be detected.

Eventually, though, we run out of resolution. A 1 cubic millimeter volume of brain tissue has trillions of different states. No one-dimensional measure of the overall activity in this volume can distinguish among all these states. Scanners may well be able to distinguish between a finite number of alternatives characterized by significant differences in brain activity over many millimeters (such as images causing arousal), but they can’t with foreseeable non-invasive technology distinguish among complex, subtle differences in similar thought patterns.