The polymerase chain reaction (PCR) is a process that can turn a single copy of a gene into more than a billion copies in just a few hours. It gives medical researchers the ability to make many copies of a gene whenever they want to genetically engineer something.

For years, the very structure of DNA made studying it rather challenging. After all, DNA is incredibly long and very tiny. Fortunately, the advent of DNA technology, the tools and techniques used for reading and manipulating the DNA code, has made working with DNA much easier.

In 1983, Kary Mullis discovered the PCR process, which allows scientists to make numerous copies of DNA molecules that they can then study. Today, PCR is used for

Scientists can even combine DNA from different organisms to artificially create materials such as human proteins or to give crop plants new characteristics. They can also compare different versions of the same gene to see exactly where disease-causing variations occur.

To begin PCR, the DNA sample that contains the gene to be copied is combined with thousands of copies of primers that frame the gene on both sides. DNA polymerase uses the primers to begin DNA replication and copy the gene. The basic steps of PCR are repeated over and over until you have billions of copies of the DNA sequence between the two primers. 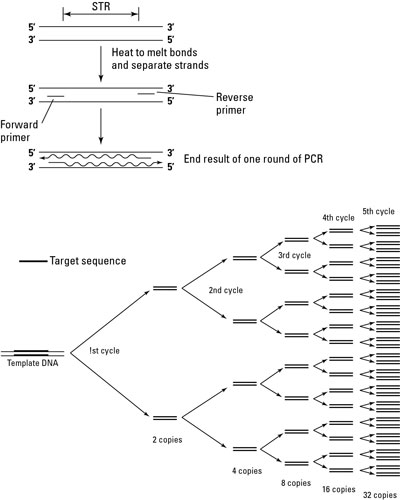