By: Arthur Winter and
Updated: 07-26-2021
From The Book: Organic Chemistry I Workbook For Dummies 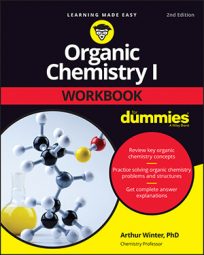 The basics of organic chemistry

When you explore biology, you’ll find that many processes are constantly occurring in living organisms. The study of organic chemistry — which focuses on carbon molecules — is central to all living organisms.

What is organic chemistry?

In organic chemistry, the focus is on the element carbon. Carbon is central to all living organisms; however, thousands of nonliving things (such as drugs, plastics, and dyes) are made from carbon compounds.

Diamonds are carbon atoms in a crystal structure. Diamonds are so hard because the atoms of carbon are so closely bonded together in the crystal form. That same ability to pack closely together makes carbon an excellent structural element in its other forms as well.

One atom of carbon can combine with up to four other atoms. Therefore, organic compounds usually are large and can have several atoms and molecules bonded together. Organic molecules can be large, and they comprise the structural components of living organisms: carbohydrates, proteins, nucleic acids, and lipids.

In their outer shells, carbon atoms have four electrons that can bond with other atoms. When carbon is bonded to hydrogen (which is common in organic molecules), the carbon atom shares an electron with hydrogen, and hydrogen likewise shares an electron with carbon. Carbon-hydrogen molecules are referred to as hydrocarbons. Nitrogen, sulfur, and oxygen also are often joined to carbon in living organisms.

Large molecules form when carbon atoms are joined together in a straight line or in rings. The longer the carbon chain, the less chemically reactive the compound is. However, in biology, other measures of reactivity are used. One example is enzymatic activity, which refers to how much more quickly a certain molecule can allow a reaction to occur.

For example, the hydrocarbon methane, which is the primary component of natural gas, has just one carbon and four hydrogen atoms. Because it is the shortest carbon compound, it has the lowest boiling point (-162°C) and is a gas at room temperature. It is highly reactive.

Forming functional groups based on properties

Some of the properties that the functional groups provide include polarity and acidity. For example, the functional group called carboxyl (-COOH) is a weak acid. Polarity refers to one end of a molecule having a charge (polar), and the other end having no charge (nonpolar). For example, the plasma membrane has hydrophilic heads on the outside that are polar, and the hydrophobic tails (which are nonpolar) form the inside of the plasma membrane.

If you’re studying organic chemistry, the periodic table is an important tool. The elements and their atomic numbers are listed and grouped together by their properties — making it easier to remember without having to memorize each element. 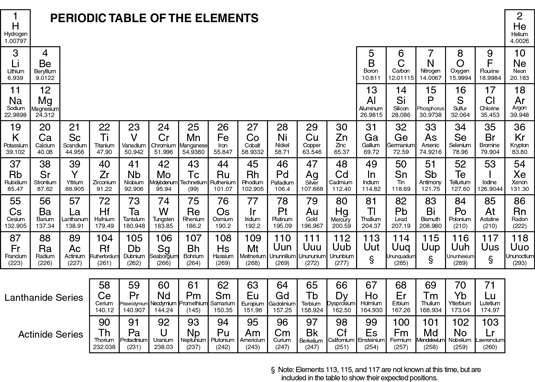