Cyclopentadiene and cycloheptatriene—which is more acidic?

As with any acid-base reaction in which you need to compare acidity, you should look to see which acid has the more stable conjugate base. 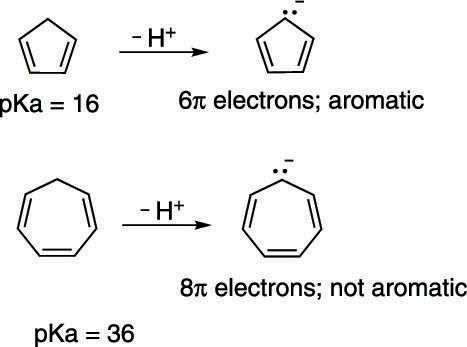 Another common question type is to compare or predict the basicity of nitrogen atoms in aromatic compounds. For example, can you predict which nitrogen is more basic in the aromatic molecule imidazole, shown here?

Comparing the basicities of the nitrogens in imidazole.