How to Find the Most Stable Conformation of Cyclohexane

Explore Book Buy On Amazon
The first step in drawing the most stable conformation of cyclohexane is to determine — based on whether the substituents are cis or trans to one another, and based on where they're located on the ring — what the choices of axial and equatorial positions are for the substituents. A handy way of determining the substitution alternatives is to use the Haworth projection, as shown here. 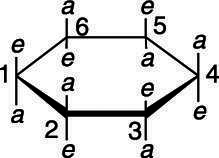 The Haworth projection
This projection is easy to make — simply start at some position on the ring and alternate axial (a) and equatorial (e) from carbon to carbon, and from top to bottom. This projection will tell you what the two options for the two-chair conformations are. 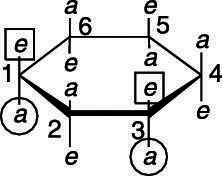 The possible positions of cis substituents in positions 1 and 3 on cyclohexane.

Because large groups prefer to be equatorial, the most stable conformer for cis-1,3-dimethylcyclohexane is the diequatorial conformer, shown here. The diaxial conformer would be higher in energy. 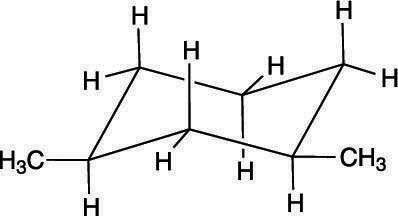