Creating a Fischer projection
Fischer projections are convenient for comparing the stereochemistries of molecules that have many chiral centers. But these projections have their own sets of rules and conventions for how you can rotate and move them.

As shown in the figure below, the two main ways to rotate a Fischer projection are as follows: 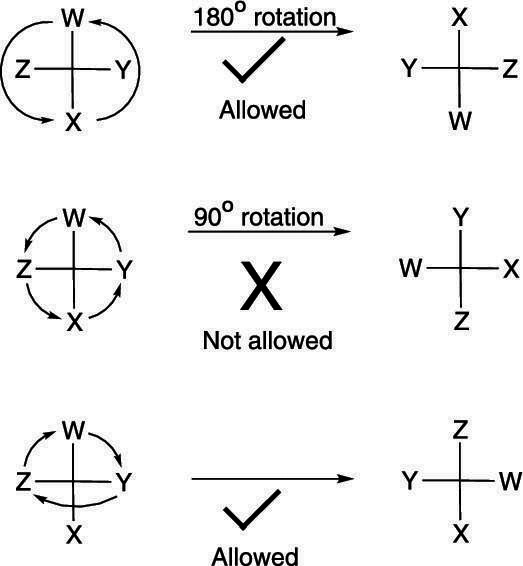 According to the Cahn–Ingold–Prelog prioritizing scheme, the highest priority goes to the substituent whose first atom has the highest atomic number. (For example, Br would be a higher priority than Cl, because Br has a larger atomic number.)

To get the number-four priority substituent at the top of the Fischer projection, you have to use one of the two allowed moves diagramed in the second figure. (You can make a 180-degree rotation, or you can hold one substituent fixed and rotate the other three.) Two examples of the determination of the configuration from Fischer projections are shown here.