How to Determine Peak Ratios of Hydrogen from Integration Curves

By: Arthur Winter and
Updated: 07-14-2021
From The Book: Organic Chemistry I For Dummies

For example, the 1H NMR shows you the NMR peaks that represent particular functional groups in a molecular formula (specifically, carboxylic acids, aldehydes, and aromatic rings). You can then use integration ratios (plus information about the degrees of unsaturation and the molecule's location in the IR [infrared] spectrum) to determine all the fragments of the molecule.

You can determine how many hydrogens each NMR peak represents by comparing the integration ratios for a molecular compound to its molecular formula. 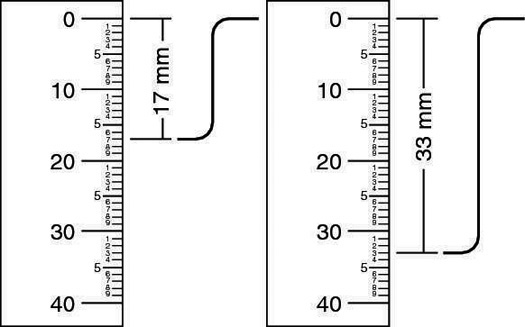 In this example, the smallest height is 17 mm, so you divide both heights by 17 mm. In this case, this gives an integration ratio of 1:1.94. Because you can never have a fraction of a hydrogen atom, you need to convert the relative ratios into whole numbers.

Round to the nearest whole number