To most Americans, the flag of the United States of America is more than just a piece of cloth. The Stars and Stripes represents American freedom, democracy, and sacrifice and should be treated with respect. Respect can mean different things to different people, but the U.S. government isn't going to let individual whims dictate how the flag should be handled. Chapter 36, Title 10 of the United States Code lists the rules, regulations, and expectations concerning patriotism and how the flag should be used and displayed. 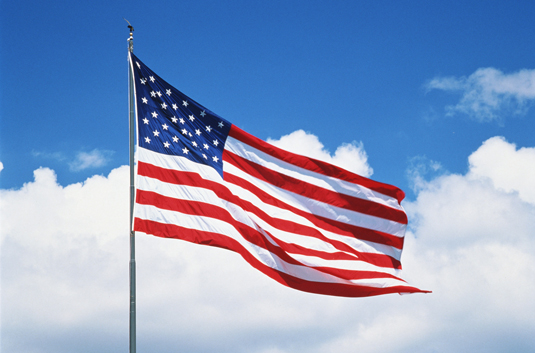 Generally, the flag should be displayed from sunrise to sunset. If, however, you want to display your flag through the night, it should be properly lighted.

Placement of the flag

A number of rules govern the placement of the Stars and Stripes, including these:

A number of rules govern when and for how long a flag should be flown at half staff: