How to Record and Import Footage for Your Digital Film

By: Nick Willoughby and
Updated: 11-14-2022
From The Book: Digital Filmmaking For Kids For Dummies

You just press Record, right? Making your digital film is not quite as simple as that. Take your time. It’s important not to rush when setting up your camera. Rushing can lead to mistakes. It’s a good idea to make sure everything is set up before you call the actors in. If they arrive early, get them to read through their lines while you prepare for the shot.

Directors often give instructions to cast and crew as part of the filming routine. If you watch behind-the-scenes footage from films, you can sometimes hear the directors calling out instructions to the team. These may seem like code if you don’t know what they mean. The following list describes some of the most common: 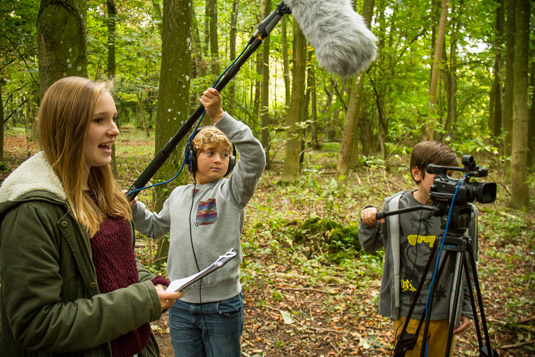 The director gives instructions to the team.

After many of the instructions called by the director, the crew is expected to respond — to confirm, for instance, that the sound and camera are rolling. Even if you’re filming on your own, it’s good to call out the instructions as a reminder to yourself and also to let people around you know that you are filming. It’s good to get into this habit for when you work with a larger film crew.

Importing your footage from your camera can be done in two ways, as explained below: