How Film Shots Frame the Action in Film Making 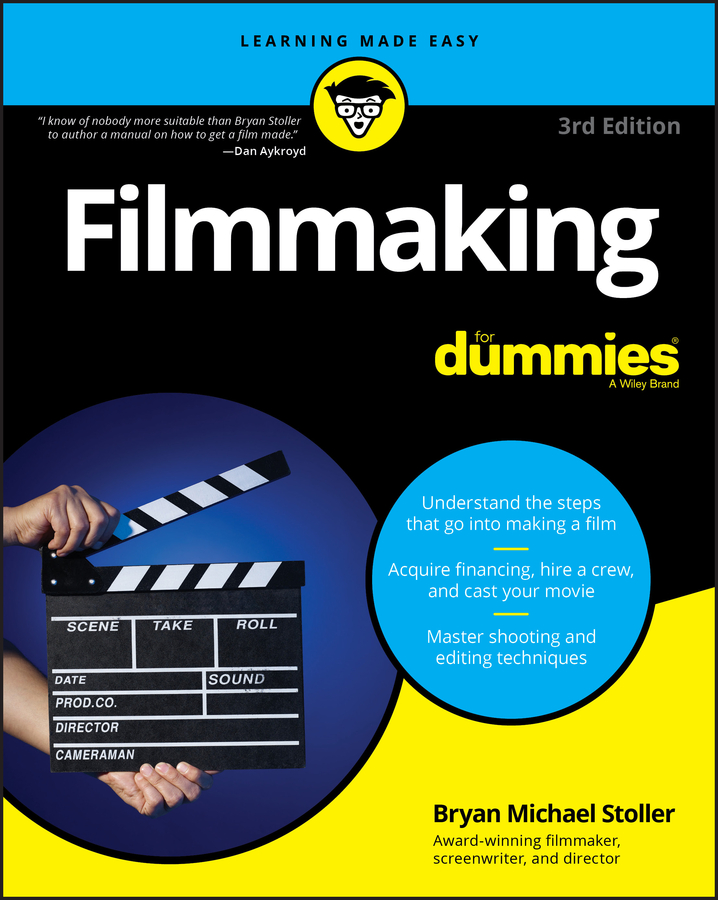 In film making, shot compositions, sizes, and angles enhance how you tell your story. You may want a close-up when two actors are talking if the conversation is an intimate one. A wide, or "establishing" film shot may be appropriate if you want to show that the actors are surrounded by a barren wasteland.

As a director, knowing at least the basics of the camera and lenses is advantageous. You should hire someone who is skilled in shooting video and/or film if you want your production to look professional. The cinematographer's job is to be educated about lenses, exposures, and how the camera functions, but you'll be better able to convey your story visually if you have a sense of what the camera can do.

Each cinematographer and director has a slightly different definition of framing and shot sizes, but the definitions are similar enough to warrant the following list of traditional shots:

A wide shot (WS) reveals where the scene is taking place. Also referred to as a long shot or master shot, a wide shot helps orient the audience. A wide shot also gives the actors room to move within a shot, without the camera having to follow them. Medium shots and close-ups are often cut into a wide shot for variation.

A medium shot (MS) in film making is a standard shot that usually shows a character from belly button to slightly above the actor's head. A medium shot is more intimate than a wide shot, but provides more breathing space for the actor than a close-up. A medium shot in film also is used when you have an actor holding something in the frame or elaborating with his hands. Figure 2 shows a medium shot from the film Undercover Angel. 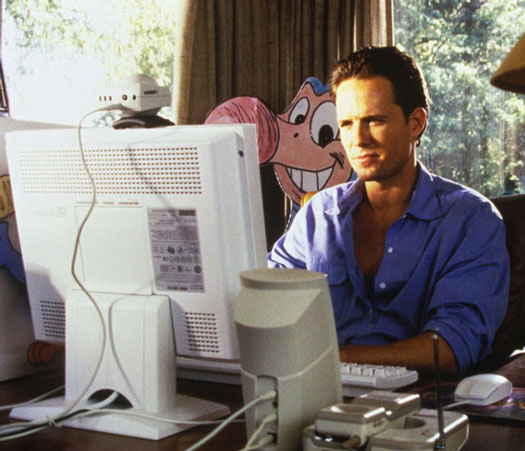 Two-shot capture of a pair of actors

A two shot can either be a form of a medium shot that has two actors standing or sitting next to each other or an over-the-shoulder shot where one actor's back or profile is closer to the camera than the other actor facing the camera. A two shot can save time and money when you have a dialogue scene between two actors by having them both in the frame as they carry on their conversation. The audience diverts their attention to each actor as they speak, instead of having the camera cut to individual shots of each actor speaking. This is also effective when two characters are walking and talking side by side in a two shot. Figure 3 shows a two shot from Undercover Angel. 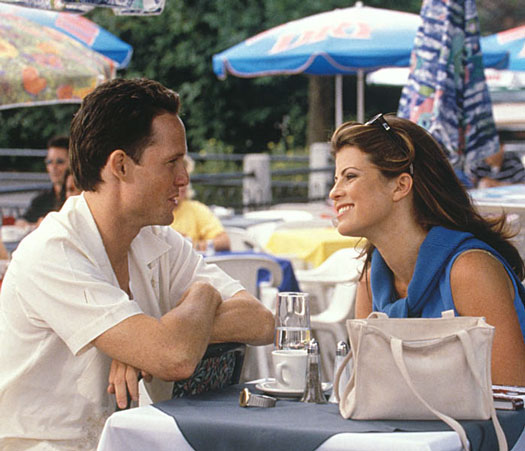 Ready for your close-up

A film-making close-up shot (CU), or single, is usually from above a person's chest or the nape of her neck to just slightly above the top of her head. If you get in closer, so that the actor's head fills most of the frame, you have a tight close-up. Going in even tighter, to a person's eyes or mouth, gives you an extreme close-up. Close-ups create a sense of intimacy and the feeling that you're involved in the scene. They also reveal emotion in the eyes or the hint of a smile. Figure 4 shows both a close-up and a tight close-up.

Figure 4: A loose close-up (left) and a tighter close-up (right). Notice the breathing room to the left of the actors.

When framing an actor in a close-up, give him some breathing room. Breathing room puts more space in front of the actor's face in the direction he's looking or talking than behind him. If you don't allow this space, the shot will have a claustrophobic feel to it. Also, never center a head in the middle of the frame unless it's a news reporter talking into the camera. Centering someone in the middle of the frame creates an awkward composition and creates an off-balance feeling to the shot.

A high angle is usually shot using a crane, standing on a hill, or looking out a window of a high-rise to get an angle looking down. When you shoot from a high angle, your subjects look smaller and therefore insignificant.

In contrast, you shoot a low angle from below your subject's height — as low as the ground (or lower if you dig yourself a hole). Low angles tend to make subjects look bigger and more powerful. A character appears intimidating if you use a low-angle shot. Figure 5 shows an example of each type.

Here's an inexpensive way to get a low-angle shot from the ground: Get one of those beanbag pillows and lay your camera on it. Shape the pillow to cradle your camera safely and align it so that the shot isn't crooked (unless you want it to be).

The God shot — From high above

In a God shot, the camera looks straight down on a scene, symbolizing God's point of view looking down on his creation — also showing the audience the big picture. This can be an interior shot or a very effective exterior shot from the sky. It is often used in films to remind us that a central character is human and sometimes insignificant. The God shot was used effectively in The Truman Show to symbolize the God complex of Christof who created and directed the ultimate reality show documenting the real life of Burbank Truman and televising his personal life unfolding in front of the entire world.

To accomplish a God shot, you'll need a camera crane, or a cheaper way to go is to shoot looking down from a tall structure.