Music theory provides musicians with some basic forms. The sonata was the most popular form used by instrumental composers from the mid‐18th century until the beginning of the 20th century. This form is considered by many to be the first true break from the liturgical music that had made such an impact on Western music from the Medieval period on through the Baroque period.

Sonatas are based on the song (ternary) form, ABA, which means they have three defined parts: exposition, development, and recapitulation. The true genius of the sonata is that not only does its structure allow many of the rules of basic music theory to be broken, but it also encourages such defiance. With a sonata, it’s perfectly allowable to switch to a new key and time signature in the middle of the song.

Starting with the exposition

The first part of a sonata, called the exposition, presents the basic thematic material of the movement, or each self‐contained part of a piece of music. This part is also often broken up into two thematic parts:

Put on Beethoven’s Sonata in C Minor, Opus 13 to get a good example of these two defined parts.

Moving on to something new: Development

Often this part of the sonata is the most exciting. Here you can include your big chords and increase tension with the use of stronger rhythm and greater interval content (number of interval steps between each note).

Check out this excerpt from the development of Sonata in C Minor, Opus 13. 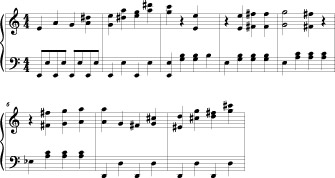 Taking a rest with recapitulation

After the excitement of a sonata’s development, it feels natural to come to rest where you began. The third and final part of a sonata is the recapitulation, where the composition returns to the original key and the musical theme expressed in the first section and brings it all to a close. Here’s an excerpt of the final movement of Beethoven’s Sonata No. 8. Sonata in C Minor, Opus 13. 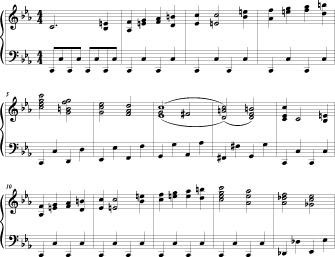