Explore Book Buy On Amazon
The object of these songs is to get you playing simple melodies on your mandolin. After you learn the melodies, be sure to play the suggested strumming patterns while following the chords.

In a real musical situation (in a band), you need to be able to play not only melody, but also to supply a good solid rhythm while others play or sing the melody. Suggested strumming patterns are included in the following figure. 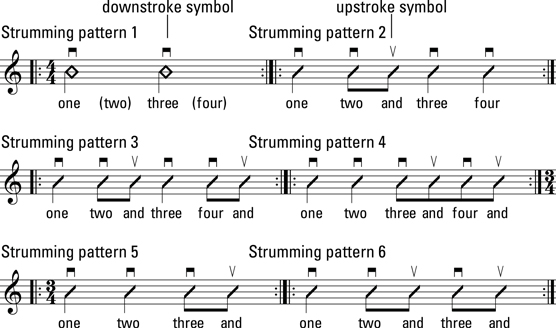 Listen to the audio tracks before you try to play these songs. Playing something without knowing what it’s supposed to sound like is very difficult. Listen first!

The five songs in this article are included in the audio tracks with the melody part in the right speaker and the suggested strumming pattern in the left speaker. Instead of relying on a guitar player or software to be the backing track, I have recorded a rhythm mandolin track for each song. I suggest you learn to play rhythm on the songs so you can play the melody and the rhythm. The melodies are played first with a metronome and then with the strumming accompaniment.

This well-known simple theme comes from Beethoven’s Ninth Symphony. Pay attention to the pick direction in the third line of this piece. Use strumming pattern 1. 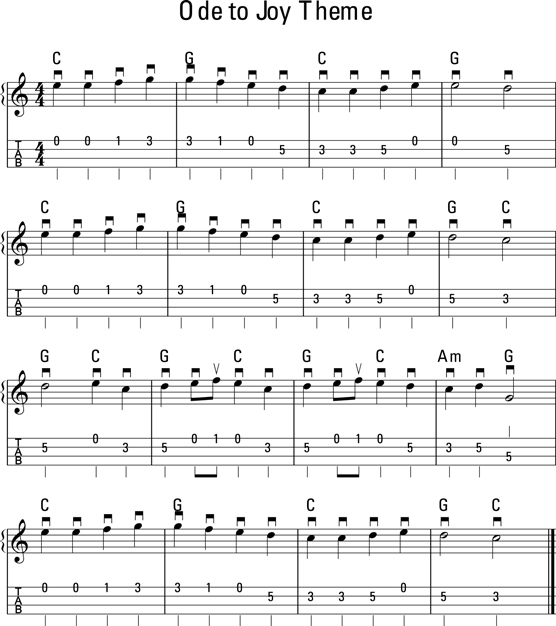 “Down in the Valley”

“Down in the Valley” is a traditional American folk song that most people have heard many times. This song is in 3/4 time, and so be sure to count it with a repeating series of three strong beats (see the figure). I suggest using all down strokes when playing the melody. Use strumming pattern 5 for the rhythm. 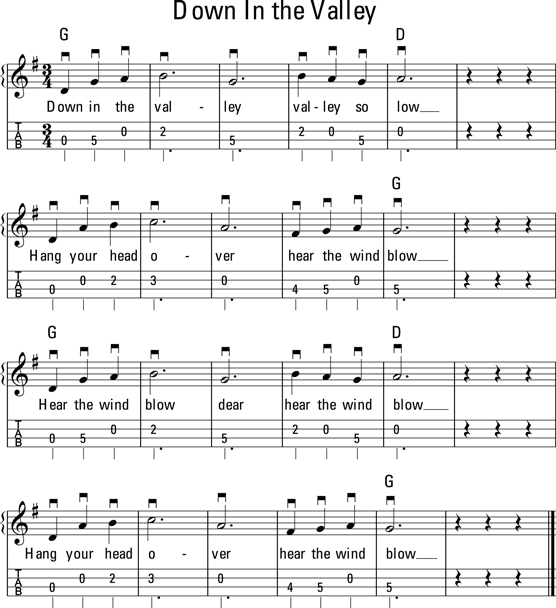 “Down in the Valley"

Many people sang this song at a very young age. I suggest using all down strokes when playing the melody, and strumming pattern 3 for the rhythm. 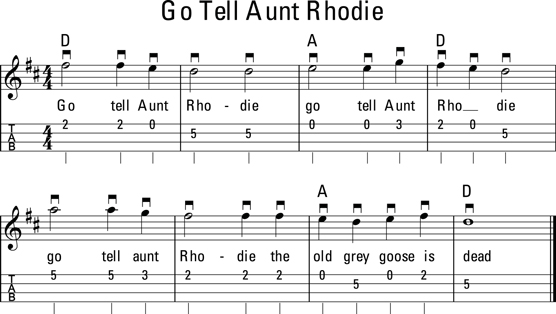 “Skip to My Lou” is sung by many people as young children. Follow the pick direction closely. Strumming pattern 2 works nicely with this song. 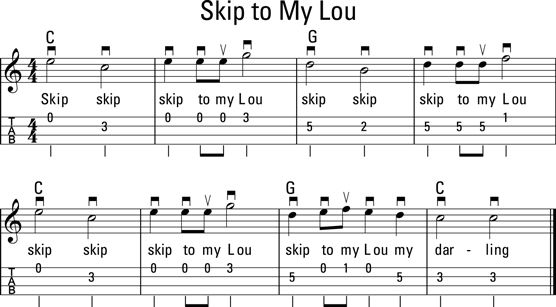 “Red River Valley” (also known as “Cowboy Love Song”) is an old cowboy song dating back to the late 1800s. It starts with two pickup notes (notes that fall before the first “one” of the first measure); the first two notes are on beats 3 and 4. Play this song using all down strokes when playing the melody and use strumming pattern 3 for the rhythm. 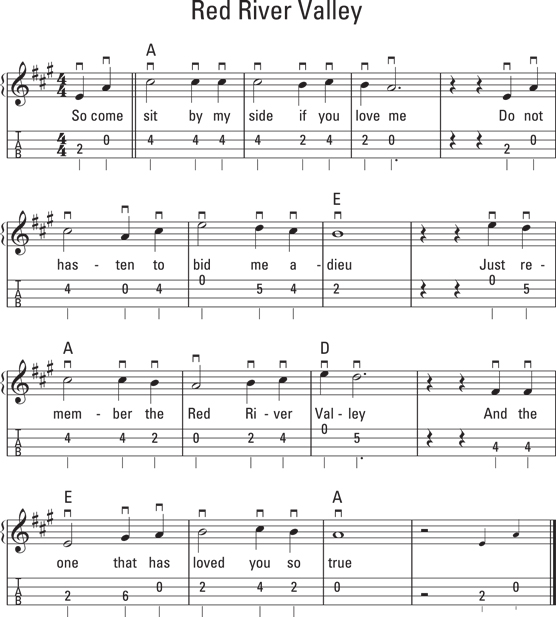